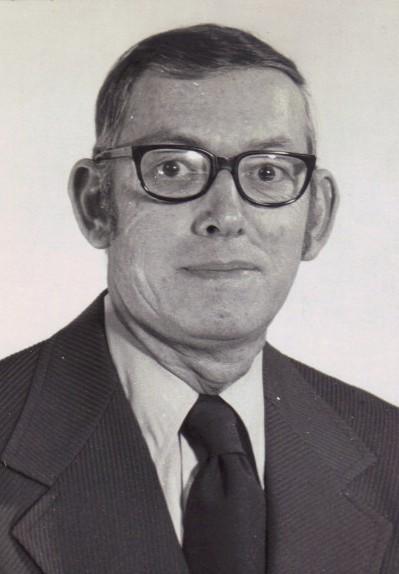 Billy McLean Hipps, formerly of Asheville, died Friday, November 29, 2013. Mr. Hipps was born and raised in Buncombe County and was a 1936 graduate of Emma High School. He moved to Concord in 1996, to be near his daughter, and more recently was a resident of Big Elm Nursing Center, Kannapolis. He was an Army veteran of WW II, serving in Guam. He worked for the Dietetic Department of Moore General Hospital, Swannanoa, and then the VA Hospital, retiring as Head Meat Cutter on March 29, 1974. He was married to ELizabeth (Betty) Hipps for 59 years, until her death on August 28, 2002. He was also preceded in death by his parents, Billy and Addie Cowan Hipps, and sisters, Lila H. Sandlin and Ethel Silina Hipps. An avid gardener, he loved flowers and growing things; he spent many happy hours in his back-yard greenhouse. He could plant a stick and it would grow. He enjoyed visiting other greenhouses and swapping plants. Until his wife's health declined, he was a member of a square dance club. He took up the organ in 1980 and played until 2006, when his mind began to wain. In later years he loved to watch birds and always kept the birdfeeders full. He loved to travel, especially his beloved mountains where he will now rest in peace. He also visited Branson, MO, the Kentucky horse country and to Memphis, TN to see the WWII plane, the Memphis Belle. He was a charter member of Oteen United Methodist Church where he held many offices and loved to listen to the choir. He was a wonderful caregiver, husband, father and grandfather and a true friend to all who met him. Surviving are his daughter, Linda H. Lyerly (Don) of Salisbury; granddaughter, Elizabeth (Beth) Story (Jeff); great-granddaughter Ava Marie Story, all of Lincolnton; two nieces, a nephew, several cousins, and former son-in-law, Ray Hall of Concord. Funeral services will be at 2:00 p.m. Monday in the Patton Avenue chapel of Groce Funeral Home with the Revs. Ray Hipps and Ken Reed officiating. Interment with military honors will follow at Green Hills Cemetery. The family will receive friends at the funeral home one hour prior to the service. Memorials may be made to the East Asheville United Methodist Church, the Concordia Lutheran Church, China Grove, or to the Alzheimer's Association.