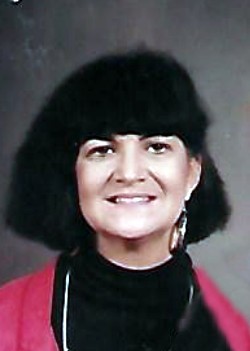 Blanche McFee Brooks, a native of Buncombe County, went to be with her Lord on September 17, 2018. She was born on November 18, 1941 and was the daughter of the late Ambrose and Audrey Robinson McFee. She was a 1959 graduate of Enka High School. Blanche also attended Grace School of Nursing in Morganton, NC. She was an LPN for many years for Dr's Everette and Eldean Smith, after which she was a pharmacy technician for Mission Hospital before retiring. She was a member of Pole Creek Baptist Church. Blanche was a kind and loving person, who loved to spend time with family and be outdoors. Blanche is survived by her sister, Marie McElrath of Easley, SC; her brothers, Wayne (Lynn) McFee of Banks, AL, and Jeff (Kim) McFee of Leicester; her daughter, Norma (Dave) Goershel of Kennesaw, GA; grandsons, Cam Goershel of Atlanta and Chris (Courtney) Goershel of Atlanta; and several nieces and nephews. The family would like to thank the staff of Flesher's of Fairview for their kind care for Blanche during her illness. Funeral services will be at 2:00 p.m. on Saturday, September 22 in the Patton Avenue chapel of Groce Funeral Home, with services led by Dr. Dennis Thurman. Interment will follow at Snow Hill United Methodist Church Cemetery. Visitation will be held one hour prior to the service. The family requests that in lieu of flowers, donations may be made to Pole Creek Baptist Church Children's Playground Building Fund, 96 Snow Hill Church Rd., Candler, NC 28715.