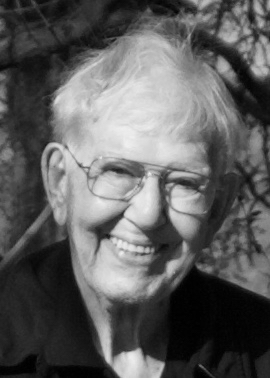 Bob was born on February 20th, 1930 in Benton, IL where his father was the founder of a family business, FB McAfoos and Company. Bob served in the US Army during the 1950’s. Shortly after Bob and his wife Lou of 63 years were married in 1955, he left his position with the family business to sell feed to farms. He and Lou moved several times with the company and settled in Asheville in 1964. Bob changed careers in 1968 to the investment business until he retired in 2001 from IJL Wachovia Securities.

Bob was a very charitable man, giving of his time, talent and treasure. He was a very positive, supportive man and demonstrated a commitment to sharing those values through the Optimist Club of Asheville where he served terms as Asheville President and State Lieutenant Governor. Bob believed in the development of our youth and led his sons as a Scoutmaster in the Boy Scout organization where he continued his contributions long past their involvement also serving as a Daniel Boone Council President. He also loved gardening and was active in the Asheville Men’s Garden Club for many years until his illness recently prevented it. Bob participated in morning fitness for over 40 years at the YMCA. And true to his nature, the friendships he made there were much more important than the workout. He always looked forward to morning coffee with his “Y” buddies at the local bakery.

Bob continued his commitment to helping others even as he grew older. Until he recently became ill, he and his wife continued to volunteer their time weekly at ABCCM. Bob has been a leader in the First Christian Church of Asheville since moving here in 1964. His service and titles held at the church are too many to count.

First and foremost, Bob was a man that always took care of his family. He loved them with all his heart. He had many friends and never met an enemy. His time on this earth was filled with hard work and enjoying family and friends.

Bob is predeceased by his parents, Frederick Blaine and Ita McAfoos; his brother, John; and his sisters, Martha Hayes, Mary Lou (Tommie) Perkins and Virginia (Ginny) Jones. He is survived by his wife of 63 years, Lou Ann; his sons, Robert M. and David (Kimberly); his grandchildren, Laura (David), Amy (Charlie), Brian, Kevin, Dana and Holland; his great grandchildren, Elise, Philippe, Chase and Ian; his sister-in-law, Margot McAfoos; his daughters in law, Toni and Linda; as well as many nieces and nephews.

A Memorial Service will be held at the First Christian Church of Asheville, 470 Enka Lake Road, Candler, NC 28715 on August 17th at 2:00 pm. The service will be conducted by Reverend Dr. Diana Spangler-Crawford. A reception will follow the service where friends may greet the family.

In lieu of flowers, the family suggests donations to First Christian Church of Asheville or The Boy Scouts of America, Daniel Boone Council.

Groce Funeral Home in West Asheville is assisting the family.