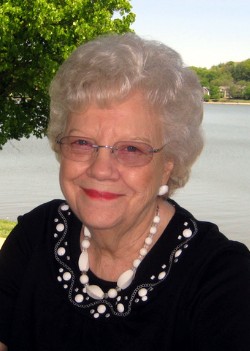 Bobbie Putnam Wright, 89, of Fairview, NC, passed away peacefully March 23, 2021, with her family present at Solace Health Center just a few weeks shy of her 90th birthday. Bobbie is at last reunited with her beloved husband of 38 years, William Albert Wright, who preceded her in death in 1988.In addition, she was preceded in death by her sister Patsy Ruth Putnam, and her brother Boyd Terry Putnam.

Born in Caroleen, NC, she was the daughter of the late Charles A. Putnam and Ethel Lowery Putnam. Bobbie taught kindergarten, and after procuring a Business Degree worked for the IRS in Columbia, SC. Later she worked for CTS in Arden, Defense Contracts and Kearfott in Swannanoa.

Bobbie was a dedicated member of Oakley United Methodist Church for 57 years, faithfully serving (oftentimes repeatedly) in every volunteer position. She worked tirelessly organizing hundreds of showers, receptions and events at the church. She was a regular attendee at the Annual Conference at Lake Junaluska, and held leadership positions both locally and in the district with United Methodist Women.

In recent years her greatest joy came from spending time with family, especially the great grandkids at weekly family night supper at her home. In addition, she leaves behind countless extended family and friends, all who meant a great deal to her. Those who knew her best remember her kind smile, her laughter, her encouragement to others, and her cheerful willingness to help whenever called upon.

Graveside services will be held at Cane Creek Cemetery immediately after the service held at Oakley United Methodist Church on Friday, March 26, 2021, at 2:00 p.m.

In addition to flowers, donations can be made to Oakley United Methodist Church or the ABCCM.