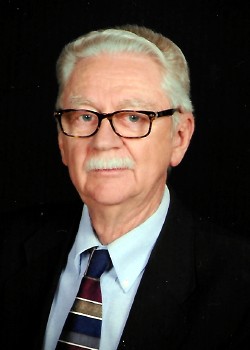 Bobby Gordon Poore, age 82, finished his journey to heaven on Monday, April 1, 2019. Bob was born in Candler, NC, on November 24, 1936 to Rhea Jackson Poore and Grace Robinson Poore. After graduation from Candler High School, Bob opened a gas station in Georgia with his friend Don Ramey. Soon after, he attended Georgia Tech and went on to complete his degree in mathematics from Western Carolina University. After teaching math in several Buncombe County high schools, he taught Industrial Cooperative Training at Enka High School.

He served our country as a staff sergeant with the U.S. Army Reserve, spending summers at Fort Jackson, SC. In addition, he taught adjunct math classes for NC State University in Asheville. In 1971, Bob began his work with the Department of Community Colleges as the WNC Coordinator to Industry, developing training programs for area industry. For his honorable service to our state, Bob was awarded the “Order of the Long Leaf Pine” by the Governor of NC.

Bob appreciated antique cars, watching NASCAR and ACC sports. He enjoyed retirement– meeting friends for breakfast at the Miami, golfing, hiking to the top of the Pinnacle, attending the Daytona 500, or assisting at Whitt Motor Sales. Other endeavors included dabbling in land sales, and he especially loved dealing in used cars if he could find a car with “cool air.”

Bob was a dedicated and lifelong member of Snow Hill United Methodist Church, serving as Sunday School teacher, Trustee, choir member, Chairman of the Administrative Board, and Cemetery Chairman. He enjoyed working on projects with the United Methodist Men.

He looked forward to family get-togethers down by the creek at Jan and Roger’s. He was a perfect Papaw– showing up with “new” cars to take grandsons for rides, or attending volleyball, baseball, basketball or soccer games. He imparted his quiet wisdom to help his children and grandchildren with their lives. He was a perfect role model and gave them the tools to face life.

Bob was blessed with cherished friends from all walks of life, maintaining friendships formed in childhood. He was a member of the Candler Lions Club, Hominy Masonic Lodge #491, and the Sons of the American Revolution. Citizenship and civic duty were taken seriously, and he served as the Democratic chairperson of Hominy Precinct Number 49.1 for several years.

He is survived by his wife of over 52 years, Gail Burnette Poore; his sister, Billie Poore Netherton; and four children and their spouses, Jan Caldwell and husband, Roger, Gordon Cogburn and wife, Debbie, Susan Reid and husband, Ricky, and Allison Cathey and husband, Mark. He is also survived by a devoted extended family.

The family would like to thank the staff at Brooks-Howell Home in Asheville, NC, for the caring and competent care provided during Bob’s illness.

“What we once enjoyed and deeply loved we can never lose, for all that we love deeply becomes part of us.” – Helen Keller

In lieu of flowers, donations may be made to one of the following: Snow Hill United Methodist Church Cemetery Fund, 84 Snow Hill Church Rd., Candler, NC, 28715, and/or to the Candler Lions Club, c/o Sam Crawford, Secretary, 188 Queen Rd., Candler, NC 28715.