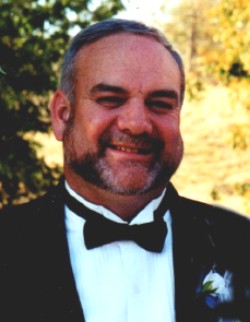 BOBBY REX DAVIS LEICESTER – Bobby Rex Davis, 58, passed away Monday, April 11, 2011, at his home. A native of Buncombe Co., he was a son of the late Tom and Ruth Davis. Mr. Davis worked for Ingles Grocery Stores as a truck driver. He loved to fish and loved his wolves. He genuinely cared about everyone he came in contact with. He was a member of Union Baptist Church. He is survived by three daughters, Tonya Wheeler and husband Bobby of Leicester, Brandy Conklin and husband Michael of Leicester, and Angela Bryant of Weaverville; grandchildren Tabitha Roberts, Dominick Davis, and Lyla Conklin; and sisters Jean McGallard and husband Sherrill of Leicester, Glenda Rash and husband Tony of Leicester, and Robbie Bryant and husband James of Leicester. A funeral service will be at 3:00 p.m. Thursday at Union Baptist Church, with the Rev. Eugene Turner officiating. Interment will follow in the church cemetery. His family will receive friends one hour prior to the service.