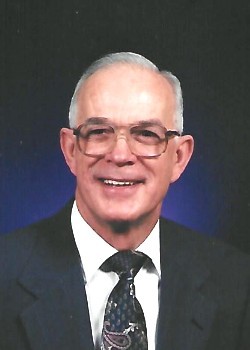 Boyd Brasington was born on April 7, 1932 in Heath Springs, SC. He was looking forward to his heavenly home when he passed away on Sunday, June 4, 2017. Boyd was predeceased by his father Leroy Hobson Brasington and his mother Verdie Hinson Brasington; three older brothers, Wilson, Bryan, and Ray, and his two older sisters Neil Simmons and Hope Robertson. Boyd worked for the phone company all of his life, beginning his beloved work the day after high school graduation. Boyd loved the Lord, and as his daughter stated "My dad always 'walked the talk'". He was not ashamed of his faith. He also very much loved hiking and began the FoBB hiking club in Asheville. His third love was meeting and talking with new people and old friends. He is survived by his wife Dianne; his daughter Kay Brasington of Greer, SC; and his younger sister, Patricia (Jim) of Lancaster, SC. Funeral services for Mr. Brasington will be held at Beverly Hills Baptist Church at 11:00 a.m. on Saturday, June 17th for family and close friends. Groce Funeral Home on Patton Ave. is assisting the family.