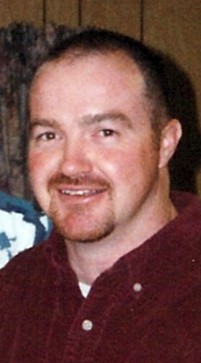 Asheville ~ Brian Allen Hare, 38, of 25 Chapel Hill Road, died on Saturday, August 11, 2007 at Lake Hartwell in Anderson, SC. A native of Buncombe County, he was the son of Lillian Bradley Hare of Asheville and of the late Andrew William Hare. He was also preceded in death by his brother, Michael William Hare and a nephew, Larry Gerald Hyatt. Brian was a 1988 graduate of T.C. Roberson High School and was formerly employed by Borg-Warner for many years and was the owner of A Cut Above Landscaping Service. More recently he worked for Ballards Appliance Company and it seemed he was the happiest he had ever been and was a friend to all. He was an avid mountain bike rider and attended Family Faith Fellowship in Arden. In addition to his mother, he is survived by his sister, Janice Elaine Hyatt and husband Larry; two nephews, Michael William Hare, Jr. and Joseph Daniel Hare; sister-in-law, Joanna Hare; also survived by several nieces and nephews and his best friend and cousin, Chris Davidson, all of Asheville. A funeral service will be held 4:00 P.M. Saturday in the chapel of Groce Funeral Home at Lake Julian on Long Shoals Road with Rev. Donald Hare, Pastor James King and Rev. Walter Hare officiating. Burial will follow in Chapel Hill Baptist Church Cemetery. The family will receive friends from 3:00 – 4:00 P.M. prior to the service at the funeral home.