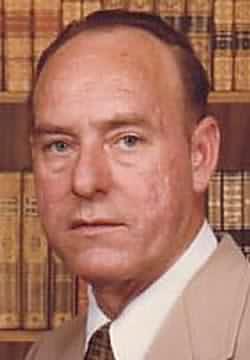 Calvin Coolidge Butler, 73, of 10 Wood Avenue, Asheville, died Sunday, November 2, 2003, at his home. A native of Buncombe County, he was a son of the late Lon and Mineapolis Anderson Butler. He was also preceded in death by a grandson, Sean Marsh. He was retired from Sayles Bleacheries after 40 years of service, was a US Army Veteran of Korea and attended Mt. Zion Baptist Church. Survivors include his wife Belva Anders Terry Butler; a daughter, Pamela Lopez of Culpepper, VA; a step-son, Kelly Ross Terry and his wife Trudy of Asheville; two sisters, Elajay Maynor and Betty Sayles of Asheville; three brothers, Bill, Paul and Rex Butler, all of Asheville; three grandchildren, Jason Marsh, Chris Marsh and Hannah Lopez; three step-grandchildren, Elizabeth Terry, Alex Terry and Michelle Terry and one step-great-granddaughter, Naimi Sutton. Funeral services will be 2:00 pm Tuesday in the Patton Avenue chapel of Groce Funeral Home with the Revs. Cecil Robinson and Keith Dockins officiating. Burial will follow at New Salem Cemetery. His family will receive friends from 1:00-2:00 pm Tuesday at the funeral home prior to the service and request that memorials be made to the American Cancer Society, 120 Executive Park, Building 1, Asheville, NC 28801.