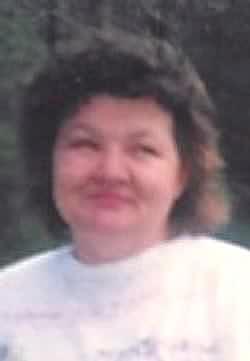 Carolyn Aline Ray Borders, 61, of Edwards Road, Fairview, died Sunday, November 10, 2002, at her home. Mrs. Borders was born in Buncombe County and was a daughter of the late Vance H. and Georgia Owenby Ray. She was also preceded in death by a brother, Richard Ray. She is survived by her husband Craig Runion Borders; two sons, Roger Ray and his wife Crystal and Richard Ray, all of Asheville; three sisters, Wanda Ray and Gayle Ray of Asheville and Pamela Shaw of Charlotte; three brothers, Bobby and Douglas Ray of Arden and David Ray of Asheville, and four granddaughters, Sammantha, Andrea, Katlyn and Brittany. Funeral services will be at 2:00 pm Wednesday in the Patton Avenue chapel of Groce Funeral Home with the Revs. Donny Chapman and Steve Brockwell officiating. Burial will be at Woodlawn Cemetery. Her family will receive friends from 7 - 8 pm Tuesday at the funeral home and request that memorials be made to Mountain Area Hospice, PO Box 25338, Asheville, NC 28813.