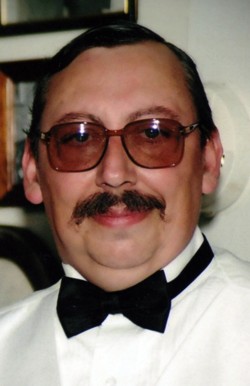 Ray Carroll Pike, 54, of 408 Reems Creek Rd., Weaverville, died on Monday, July 28, 2008, at Memorial Campus Mission Hospitals. Mr. Pike was a native of Buncombe Co., and was a son of the late Harry and Jeanette Ray Pike. He was also preceded in death by his brother-in-law, Ray Tullis. Mr. Pike had worked at Burlington Industries until the closing of the company. He then worked as preventative maintenance manager at Cardinal Health until they closed in December, 2006. Mr. Pike then became a full-time student at AB-Tech. During his time there, he found a passion for helping others. He decided to grow his hair long, and donate it to Locks of Love. Mr. Pike is survived by his wife of 33 years, Joyce Penland Pike; daughters, Kimberly Carlotta Boyd and husband J.J., and Mary Beth Pike, all of Weaverville; great-niece, Sabrina Nicole Treadway, who made her home with the Pike's; sister, Beatrice Tullis, of Morganton; one niece and her husband, two nephews, two grand-dogs, Sadie and Naeko, and one grand-cat, Lucky, all of which he loved dearly. A funeral service for Mr. Pike will be at 3:00 p.m. Saturday at the Groce Funeral Home chapel on Patton Ave. with the Rev. Wesley Pike officiating. Interment will follow at Flint Hill Cemetery. Serving as pallbearers will be Robert Baxter, Gus Wilson, Chip Penland, Randy Whitson, Russell Davis, and Kevin Gibson. His family will receive friends from 6:00 to 8:00 p.m. Thursday at the funeral home, and at other times will be at the home. Memorials may be made to the American Brain Tumor Association, 2720 River Road, Des Plaines, IL 60018, or to LifeShare of the Carolinas, 5000 D Airport Center Parkway, Charlotte, NC 28208.