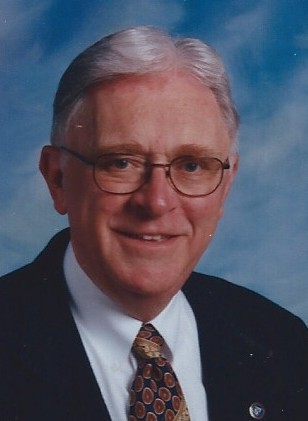 Carter Dennis Brown, 70, of Leicester, died Sunday, January 4, 2015. A native of Buncombe Co., he was a son of the late Carter Franklin and Christine Wilson Brown. Mr. Brown grew up on a farm and was a lifelong resident of Leicester. He graduated from UNC Chapel Hill with a Bachelor's and Master's Degree, and received his Ed.S from Western Carolina University. Mr. Brown had a thirty-eight year career in education, working as a teacher at Oakley Elementary before serving as principal of West Buncombe Elementary for thirty-two years. Known as an innovative educator, he was instrumental in the formation of the new West Buncombe School. Following retirement, he was trained as a lay speaker in the Methodist Church and served as pastor at Little Sandy United Methodist Church. Mr. Brown was an active member of Mt. Carmel Baptist Church, serving in many capacities, including Deacon, Sunday School Teacher, and choir member. He was an accomplished musician, playing piano and organ. He was a history buff, especially enjoying presidential history, and he loved to travel. Mr. Brown is survived by his wife of forty-seven years, Linda Nix Brown; daughters, Dr. Lori Brown of Candler, and Kristi Brown of Charlotte; sister-in-law Rachel Howell and husband Ken; and numerous cousins. Funeral services will be held at 11:00 a.m. on Wednesday at Mt. Carmel Baptist Church, with the Rev. Dr. Ronnie Owen officiating. The family will receive friends following the service at the church. Burial will be private. In lieu of flowers, memorials may be made to the Mt. Carmel Baptist Church Building Fund, 200 Mt. Carmel Rd., Asheville, NC 28806. Groce Funeral Home on Patton Ave. is assisting the family.