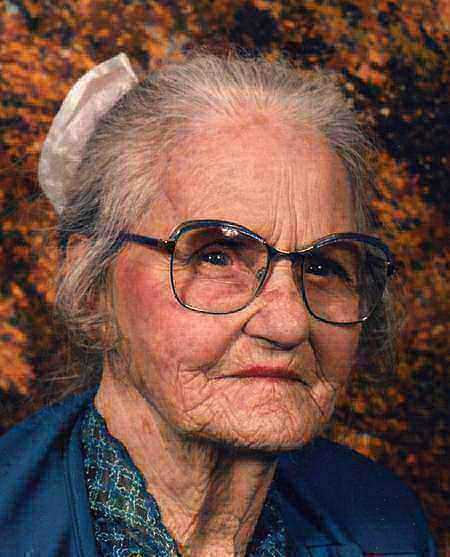 Cartie Ellen Sheppard Clubb, 99, formerly of Morgan Branch Road, Candler, died Saturday, October 23, 2004, at Elderberry Nursing Center in Marshall. Mrs. Clubb was born in Madison County and was one of 17 children of the late Robert and Betty Corn Sheppard and was married to Carl William Clubb who died in 1978. She was also preceded in death by three sons, C.J., Ernest and Bobby Eugene Clubb. She was a member of White Rock Baptist Church. She was a wonderful mother and grandmother and is survived by a daughter, Bertha Ballard of Candler; two brothers, Arvill and Arlie Sheppard; seventeen grandchildren, forty-four great-grandchildren and several great-great-grandchildren. A funeral service will be at 4:00 p.m. Tuesday at White Rock Baptist Church with the Rev. Greg Metcalf officiating. Burial will be in the church cemetery. Her family will receive friends at the church one hour prior to the service. In lieu of flowers donations may be made for a family monument to be installed at the cemetery, in are of Darlene Miller, PO Box 2683, Candler, NC 28715. Groce Funeral Home on Patton Avenue is in charge of the arrangements.