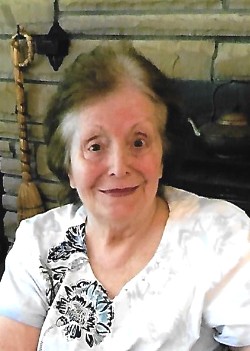 A native and lifelong resident of Buncombe Co., she was the daughter of the late John Walter Craig and Malinda Ballard Craig. She was also preceded in death by two sisters, Mildred Owen and Lou Ellen Lewis, and by three brothers, Howard, Clarence and Lewis Craig.

She is survived by her husband, Herman W. Lance; two step-children, Gary Lance and his wife June, who have been her caregivers, and Janice Daniels and her husband Nick; 2 grandchildren; 7 great-grandchildren; 6 great-great grandchildren; and several nieces and nephews, including one special niece, Margaret Lewis.

The family will receive friends from 7:00 to 8:30 p.m. on Wednesday, April 20, at Groce Funeral Home on Patton Avenue. The family requests that masks are to be worn.

A graveside service will be held at 2:00 p.m. on Thursday, April 21, at Forest Lawn Memorial Park, with Pastor Tony Hooper officiating.

Flowers are appreciated, or memorials may be made to The WNC Bridge Foundation, 294 Overlook Rd., Asheville NC 28803.