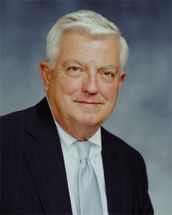 Asheville - Charles A. Keller, Jr., M.D., 70, died Wednesday, July 2, 2003 at his residence. A native of New Orleans, Louisiana, he was a son of the late Myrtle Chisolm Keller and Dr. Charles A. Keller, Sr., DDS. In addition to his parents, Dr. Keller was preceded in death by his sister, Suzanne Leonard and his brother, Thomas Clements Keller. Dr. Keller attended Louisiana State University, receiving his BS degree in 1955 and his Medical degree in 1959. He served his internship from 1959 to 1960 at Charity Hospital in New Orleans, his residency at the University of Colorado from 1960 to 1961 and his Fellowship in Thoracic Surgery at Tulane University from 1961 to 1965. He was an instructor in Surgery at Tulane University from 1964 until 1967. In 1967, Dr. Keller founded Asheville Cardiovascular and Thoracic Surgeons, bringing private practice Cardiac Surgery to Asheville. He was on the medical staff of Memorial Mission and St. Joseph’s Hospitals from 1967 until his retirement in 1996. At Memorial Mission Hospital, Dr. Keller served as Chief of Staff in 1977, served on the Surgical Services Committee and, from 1991 until 1998, on the Board of Directors. He also served, from 1992 until 1996, on the Board of Directors of the Medical Care Review Committee and from 1996 until 1998, the Board of Directors of the Certificate of Public Advantage Compliance Committee. He was a member of the American Medical Association, American College of Surgeons, Society of Thoracic Surgeons, Southern Thoracic Surgeon Association, American College of Chest Physicians and the South Atlantic Cardiovascular Society. Dr. Keller is survived by his wife, Nancy Hudgins Keller; his children, Scott Green Keller, and his wife Amanda, of Atlanta, Leslie Ann Keller, and her fiancée Graham Ramsey, of Asheville, Gregory Shaun Keller of Asheville and Michelle Keller Gould, and her husband Joel, of Atlanta; and four granddaughters, Hannah, Sarah, Olivia and Josephine. Funeral services will be held at 11:00 am Saturday in The Cathedral of All Souls with The Reverend Brian Cole officiating. Interment will follow in Calvary Episcopal Churchyard. Pallbearers will be Scott G. Keller, Gregory S. Keller, Joel Gould, Graham Ramsey, Harry G. Burton, III, M.D. and Alan M. Johnson, M.D. In lieu of flowers, memorials may be made to the American Heart Assn., P.O. Box 5216, Glen Allen, VA 23058-5216; American Cancer Society, 31 College Place, Bldg. C, Suite 100, Asheville, NC 28801; The Cathedral of All Souls, P.O. Box 5978, Asheville, NC 28813 or Mountain Area Hospice, P.O. Box 25338, Asheville, NC 28813.