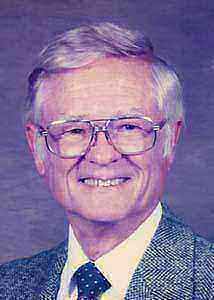 Charles A. Whitson, 84, of Asheville, died Thursday, September 23, 2004, at Memorial Mission Hospital. A native of Swannanoa, he was a son of the late George W. and Elsie MacMillan Whitson. He attended NC State University and NYU receiving degrees in Mechanical and Aeronautical Engineering. Charles worked for Grumman Aerospace for 43 years with projects including the Hell Cat and Wild Cat Navy fighters of World War II fame and later on the Lunar Module and Tom Cat fighters before retiring to Washington, NC and then to Asheville. He was an avid sportsman and outdoorsman whose favored activities included hunting, hiking, fishing and skiing. He and his wife also sailed the east coast and lived on the Pamlico River in Washington, NC before returning to Buncombe County last year. Survivors include his wife Elizabeth Vietor Whitson; a son, John C. Whitson of Farmingdale, NY; a daughter, Mary Elizabeth Wilcoxen of Raleigh; a sister, Ruth Whitson of Asheville and six grandchildren. A Funeral Mass will be celebrated at 10:00 a.m. Tuesday at St. Margaret Mary Catholic Church with the Rev. Fr. Frank J. Seabo officiating. Burial will follow at Green Hills Cemetery. Mr. Whitson will be taken to the church Monday evening for a Vigil and Rosary at 7:00 p.m. In lieu of flowers memorials may be made to St. Vincent dePaul Society, c/o St. Margaret Mary Catholic Church, 102 Andrew Place, Swannanoa, NC 28778.