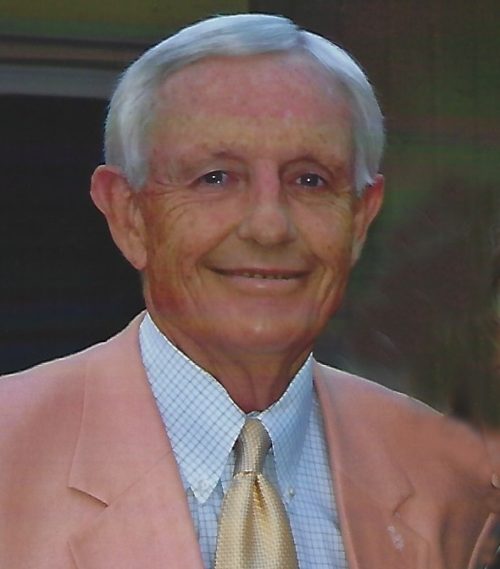 Charles Riley Price, Jr., 79, of Asheville, N.C. and Boynton Beach, Fla. died after a brief illness on August 27, 2020 at home in the cool Blue Ridge Mountains, surrounded by family and resting in God’s eternal promise of healing.

Born on August 13, 1941 in Asheville to U.S. Marshall and Mrs. Charles Riley Price, Sr., Charlie’s unorthodox childhood helped form him into not only an extraordinary husband, father, grandfather, mentor, competitor, leader and friend, but most importantly, a committed disciple of Christ.

Charlie was reared in Asheville and upon the death of his father and later his mother, attended middle school and high school in Dobson, N.C. Charlie met his one and only in the halls of Dobson High School his senior year on March 7, 1959. He graduated from the School of Journalism at the University of North Carolina at Chapel Hill in 1963 and that fall married his high school sweetheart, Charlene Haynes.

They moved to Asheville, where Charlie worked for the Asheville Citizen Times and later the Olin Corp. In 1965, he joined the U.S. Army Reserves and served six years.

In 1967, Charlie started Price/McNabb, a small ad agency, with Gerry McNabb in Gerry’s basement. During “lean” agency years, Charlie picked up extra income as a visiting professor at Western Carolina, teaching night classes in marketing; and as a sports stringer for the Asheville Citizen Times.

Charlie founded the WNC American Advertising Federation (currently known as Ad Club WNC), later served as president, and would grow Price/McNabb into a regional agency with offices across the southeast, and later headquartered in Charlotte where he and Charlene lived part-time. Charlie had a knack for attracting to Price/McNabb extraordinary talent, brand name clients, and a stable of regional, national and international awards, including a Gold Lion at Cannes.

Charlie had a keen respect for the art and science of advertising and a deep loyalty to the clients and colleagues who allowed great work to bloom during the agency’s 44-year tenure, many of whom became steadfast friends. He was the first advertising inductee into the N.C. Journalism Hall of Fame. Charlie served on the UNC Board of Visitors; a variety of local, regional and state boards; and with an array of civic and social groups.

A consummate gentleman and competitor, Charlie was a passionate supporter of amateur golf and a fine player. More than any other sport, golf offers multi-generational fellowship and connection, and Charlie worked diligently to promote and elevate amateur play. He created extraordinary memories of fellowship with special people at clubs and courses around the world. Over the last two decades, he spearheaded national events that put his home course in the spotlight. He founded a tournament to celebrate amateur golf. He nominated competitors for recognition and he had legions of friends at Biltmore, Quail Hollow and Quail Ridge. However, nothing brought him greater joy than mentoring and encouraging aspiring junior golfers, especially his grandchildren.

Charlie spent five decades at First Baptist Church as a member, deacon, youth basketball coach and part of the Gideon Sunday School class. His faith was further strengthened when he joined Biltmore Church in Arden, N.C. and attended Royal Poinciana Chapel in Palm Beach, Fla. He planted and attended a number of Bible studies and men’s fellowship groups in Asheville and in Florida. Charlie gave generously of his time and resources, in accordance with his faith and his encouraging nature.

Charlie treasured his family and loved them well. He took pride in their character and accomplishments, and pleasure in creating wonderful experiences and places for them to gather — in the mountains, at the beach and in Florida. He had an uncanny ability to make Bingo games, talent shows, putt-putt tournaments, sports pools, and every holiday, event or gathering feel like the “best ever.” Poppy adored his five grandchildren, recognized and nurtured their talents, supported them unconditionally, and lovingly articulated his standards and expectations.

An outdoor memorial service is scheduled on Thursday, Sept. 10 at 11 am at Biltmore Estate. Family and friends are encouraged to allow ample time to enter the estate, arrive and park, and manage a short walk to an outdoor tent. Golf cart transportation from the lot to the tent will be available if needed. Guests will not need to purchase a ticket to gain access to the Estate for the service. When you arrive at the ticketing center, just let the guards know that you’re attending the Price memorial service and they’ll direct you to the parking area.The service will also be live streamed via the Groce Funeral Home Facebook page (facebook.com/grocefh) – under the “More” heading, click on “Videos” to watch the stream.