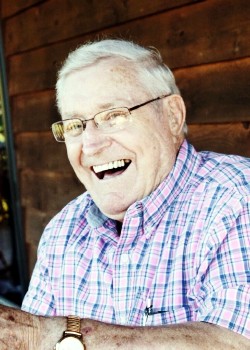 A native of Cowpens, SC, Rev. Phillips was a son of the late Walter and Eula Phillips. He was also preceded in death by his wife, Bertie Bolin Phillips, a grandson Camden Bailey and a brother, J.C. Phillips.

Rev. Phillips was a graduate of Carson-Newman College and Clark Memorial Junior College. He moved to Buncombe County and assumed the pastorate at Newfound Baptist Church in 1974, a position he held for 23 years. He then served Piney Mountain Baptist and Macedonia Baptist churches. Recently he had been attending Victory Baptist Church.

Charles Phillips’ personal mission statement was to pour His life into the lives of others with the purpose of sharing Jesus with everyone.

The funeral service for Rev. Phillips will be held at 3:00 p.m. Sunday at Newfound Baptist Church with the Revs. Johnny Hughes, Chad Ellege and Bradley Johnson officiating. Private interment will be in the church cemetery.

His family will receive friends at the church immediately following the service.

In lieu of flowers, memorials may be made to Four Seasons Hospice or to St. Jude’s Hospital for Children.