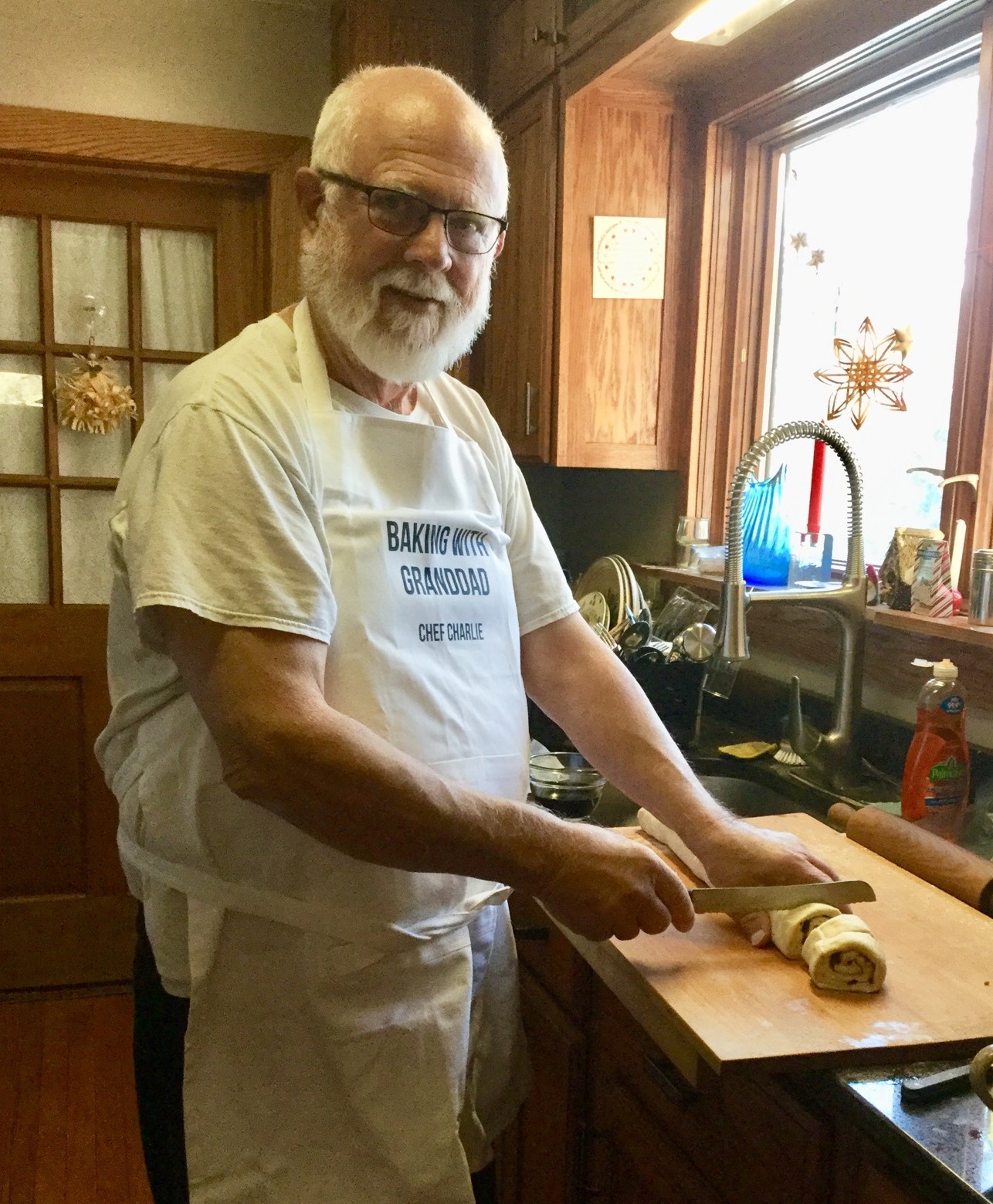 Charlie was a North Carolina native son born at the former Biltmore Hospital in Asheville, raised in Brevard by his loving parents Charles and Melle Dunlop, Sr., and received both his undergraduate and graduate studies in Industrial Arts from Western Carolina University in Cullowhee.

With his breadth of talents, Charlie had opportunities to do many things in life, but he felt a calling to teach. He had a zeal and passion for his subject matter, and a great love and commitment to his students, spending 34 years teaching cabinetry and woodworking and CAD, with the majority of his teaching career spent at North Buncombe High School. He remained forever proud that a desk that his North Buncombe High School students built, graces the office of North Carolina’s Lt. Governor in Raleigh. He believed strongly in enabling every student with the life skills needed to earn a sustainable living and independence, and was a strong leader, voice, and advocate throughout the State of North Carolina for vocational education.

A lifelong learner as well as teacher, in retirement, Charlie developed and mastered skills in pottery and porcelain, carving, stained glass, and fused glass. He was also an accomplished photographer, welder, baker, and boat builder to name a few. He was by nature an artist and designer, quickly sketching a drawing when words failed to bring a concept to life. He participated in numerous building team trips in Central America through the Western Conference of the Methodist Church, and became a passionate voice for the Kairos Prison Ministry. A man of faith, he believed in sharing his talents in service to others and served for more than 10 years as Property Chairman at Central Methodist Church, participated in building teams following disasters in Gulfport, MS, Clyde, NC, and others, made more than a hundred bowls for MANNA Foodbank’s Empty Bowls, baked cookies by the dozens for Kairos and others. In recent years despite suffering three significant rounds with cancer, he was never happier than when he could be out at Gladdens Creek near Lake Santeetlah or designing and working on his next project in his shop in Asheville.

Our family would be honored if you care to share a remembrance or a story. And if you feel led to make a donation in Charlie’s memory, three of his favorite nonprofits are MANNA Foodbank, Homeward Bound, and The Black Mountain Home for Children.

A celebration service of Charlie’s life will be planned by the family for a date in the spring of 2022.