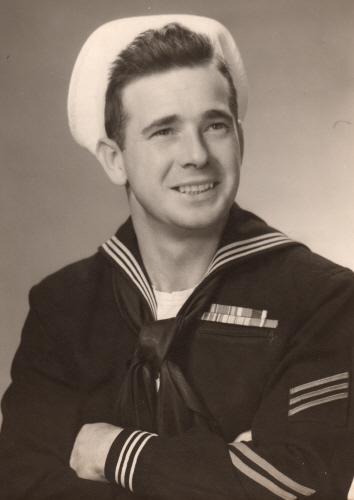 Charles W. Fortier, 83, of 53 Candler Knob Road, died Wednesday, September 1, 2010, at his home. Mr. Fortier was born in Stratford, CT, and was a son of the late Charles W. Fortier, Sr., and Mary Murphy Fortier. He was also preceded in death by a son, Paul Fortier. He served in the Pacific Theatre with the US Navy and received the American Theatre Medal, the Asiatic Pacific Medal, the Philippine Liberation Ribbon and the Victory Medal. Mr. Fortier worked for a number of years as a psychiatric aide at Fairfield Hills Hospital in Newtown, CT. He had lived in Asheville for 20 years where he was a member of St. Joan of Arc Catholic Church. He is survived by his wife, Evelyn Verna Renner Fortier; four daughters, Lynn, Charlene, and Marian Fortier and Jodi-Ann Blakely and husband, Doug; sons, Charles W. Fortier III, Mark Pugner and wife Maryanne; several grandchildren and great-grandchildren. The Rev. Frank Seabo will lead a Vigil Service at 6:00 p.m. Friday at Groce Funeral Home on Patton Avenue. The family will receive friends following the service. Private interment will be at the Western Carolina State Veterans Cemetery. In lieu of flowers, memorials may be made to CarePartners Hospice, PO Box 25338, Asheville, NC 28813 or to St. Joan of Arc Catholic Church, 768 Asbury Road, Candler, NC 28715.