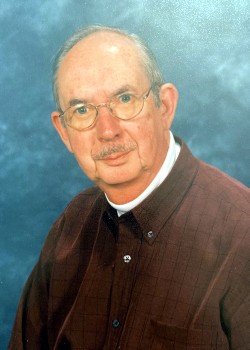 A native of Newark, OH, Charles was the son of the late George Albert and Eugenia Marie Houck Gressle. He was preceded in death by his brothers George, John and David and his son-in-law Gary Plummer.

Mr. Gressle proudly served his country in the U.S. Army. He moved to Maryland with his family in 1970 where he worked for the FDA as a medical device inspector for many years. After he retired, Mr. Gressle relocated to Asheville, NC.

He is survived by his daughters, Regina Howard (John), Juliet Woodhouse (Wayne) and Kerry Plummer; his grandchildren, Sabrina, Lindsy (Tanner), Jackie (Patrick), Brandon, Kaely, Megan and Nicholas; his great-granddaughters, Charlotte, Blaire and Reagan; as well as several nieces and nephews.

Due to COVID, a memorial service will be planned at a later date.

Internment will be private.