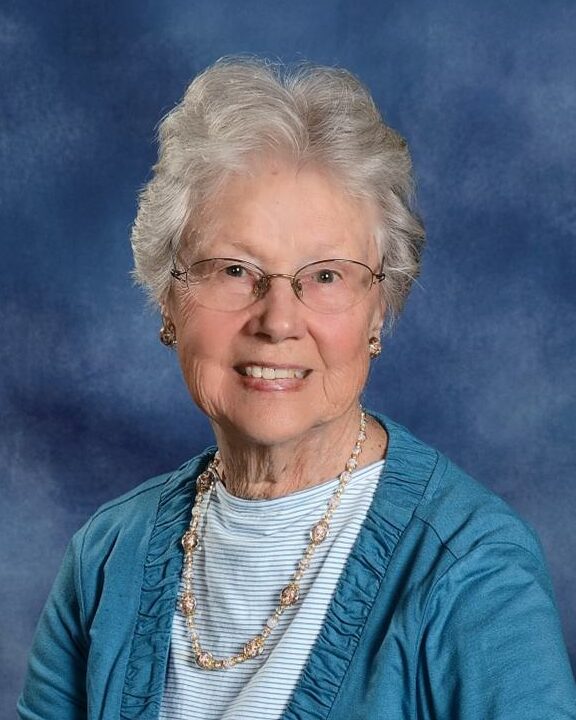 A daughter of the late William Herbert and Laura Falls Borders, Charlotte was born Feb 17, 1927. She grew up on a cotton farm outside of Shelby, NC. She learned at a very early age to work the fields, do farm chores, and care for 4 younger siblings to sustain a family of eleven.

She was an excellent student, who played basketball and drove the school bus. Charlotte was recommended by a high school teacher to a UNC Chapel Hill recruiter, who came looking for Pharmacy students during a time when all the usual male students were taken away for World War II. After careful discussion with her parents, she enrolled, then graduated 4 years later with a B.S. in Pharmacy in 1948. There she met the Love of her life, Bernard Bailey Plemmons who was also a student at Chapel Hill. The lovely couple eloped August 14, 1948. She began working as a Pharmacist at Adams Drug Store in Asheville, NC in that same year. Charlotte secured an apartment on Flint Street in Asheville and walked to work every day until Bernard graduated and joined her. She was the first female Pharmacy Manager in the history of Asheville. They raised their 4 children, Drew, Dwight, Donna and Dianne in the Beverly Hills Community.

Charlotte was a gifted seamstress in her spare time, sewing and designing clothing for all her children and various friends. She also made drapes, bedspreads, pillows and even teddy bears and dolls. When her husband Bernard passed away in 1970, she continued to work and raise their four children. Charlotte worked most of her career at St. Joseph’s Hospital in Asheville, NC and retired in 1989. She and her husband Bernard Bailey Plemmons were the Charter Members of Beverly Hills Baptist Church where she served continuously and faithfully as Sunday School teacher, and for multiple children’s programs. She enjoyed being with, and caring for her family, especially her grandchildren and great grandchildren. Anyone who knew Charlotte noted her unique gentle personality, and her desire to joyfully and steadily serve others. She loved her church and loved Jesus. She followed his lead through prayer and scripture in everything she did. We will miss her beyond words. We will remember her often, but we rejoice that she is in the care and loving comfort of our Heavenly Father.

A Funeral Service to celebrate Charlotte’s life and legacy will be held at 12:00 PM on Friday, September 23 at Beverly Hills Baptist Church with Reverend Tim Lolley officiating. A link to a service stream may be accessed here: Charlotte Plemmons Service A brief graveside service will be held at 1:00 PM on Friday at Green Hills Cemetery (25 New Leicester Hwy, Asheville NC 28806). Her family will greet friends at the church on Friday morning from 11:00 AM until the service begins at 12:00 PM.