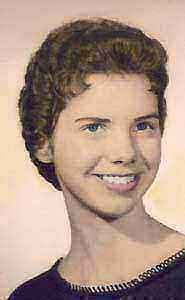 "Chris" Cecile R. Hansen, 63, of Asheville, died Wednesday, October 20, 2004, at the Hospice Solace Center, Asheville. Mrs. Hansen was born in Washington, DC and was a daughter of the late Edward F. and Grace Hankinson Rafer. She was a graduate of the West Suburban Hospital School of Nursing and received her B.S. Degree in Nursing from Wheaton College. She also attended the Gordon Cornwell Theological Seminary in South Hamilton, MA. Surviving are two brothers, Bruce Rafer and Robert W. Rafer, both of MD; a cousin Fred Hankinson of Asheville; and several nieces and nephews. A funeral service will be at 10:30 a.m. Tuesday at the Zion Christian Assembly with Pastor Debbie Brittain officiating. Interment will be at 3:00 p.m. at Pleasant Grove Baptist Church Cemetery in Pickens, SC. In lieu of flowers memorials may be made to Zion Christian Assembly, 1 Sunset Parkway, Asheville, NC 28801, for Operation Blessing Fund or for Samaritan’s Purse.