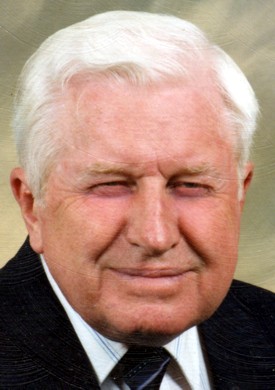 CJ Rich, 84, of 710 Olivette Rd., Asheville, died Friday, January 26, 2007, at Memorial Campus Mission Hospitals. A native of Buncombe Co., Mr. Rich was a son of the late Conley Jeremiah and Donna Spivey Rich. He was also preceded in death by his first wife, Elizabeth Cole Rich, who died in 1969. Mr. Rich graduated from Jefferson High School in Jefferson, NC, and then attended North Carolina State University. He worked for the US Forest Service for several years before becoming an insurance agent in 1949. He had been an independent agent for Nationwide Insurance for 58 years. He was a member of First Presbyterian Church of Weaverville. Mr. Rich is survived by his wife of 36 years, Azalee Johnson Rich; aunt, Agnes Huntsinger, and eight cousins. Funeral services will be 4:00 p.m. Sunday in Groce Funeral Home chapel on Patton Ave. with the Revs. David Parks and Skip Gillikin officiating. Interment will take place at 11:00 a.m. Monday at Forest Lawn Memorial Park. His family will receive friends at the funeral home following the service on Sunday. Memorials may be made to First Presbyterian Church of Weaverville, 30 Alabama Ave., Weaverville, NC, 28787.