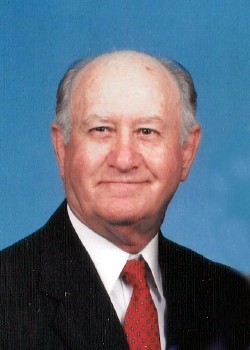 Claude James Warren, 96, died on Monday, October 28, 2019. He was born June 21, 1923, to the late Sherman and Blanche Warren. He was also preceded in death by brothers Jack, Bill, Bobby and Don, and sisters, Iretha, Nina, and half-sister, Vicky Warren Hunnicutt.

Mr. Warren was a devoted, loving, generous and faithful Christian husband, father, grandfather and great-grandfather. He always put his family before himself in everything he did. His quiet nature and gentle soul will be missed by many. He was an honest man who took great pride in his country, his character, and his word.

He retired from American-Enka with 27 years of service, and 23 years of perfect attendance. He also retired again from Enterprise Rental Cars at the age of 85.

Before entering the Air Force, he was in the Civilian Conservation Corps. (CCC) run by the US Army. Mr. Warren proudly served in the US Air Force during World War II as a gunnery instructor and flew on P-61 Black Widow at Iwo Jima. He was stationed at Hickam Field near Pearl Harbor.

Mr. Warren was honored to fly with the Honor Air Veterans Group to visit the WWII Memorial in Washington, DC.

Mr. Warren was a member of Oak Hill United Methodist Church, the American Legion, and Veteran of Foreign Wars (VFW).

Funeral services will be held at 3:00 p.m. on Sunday, November 3, at Oak Hill United Methodist Church, with Rev. Judy Shook officiating. Interment will follow in the church cemetery.

“JUST A COMMON SOLDIER”
He was getting old and paunchy, and his hair was falling fast, as he sat around the table, telling stories of the past.

Of a war that he once fought in and the deeds he had done, in his exploits with his buddies, they were HEROES, every one.

But we’ll hear his tales no longer, for he has passed away, and the world’s a little poorer

For a soldier died today.