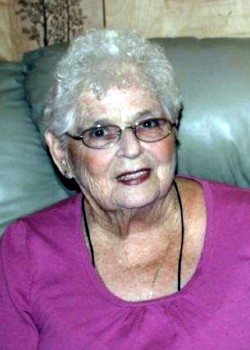 Claudette Lee Davis Messer, 86, of Candler, went to be with the Lord on Wednesday, July 7, 2021, surrounded at home by her family.

A native of Buncombe Co., Claudette was a daughter of the late Claude Jackson Davis and Virginia Lee Sams Davis. She was also preceded in death by her husband, Harold Clayton Messer, daughter, Deborah Messer Gevedon, son, Gary Messer, and brothers, Jerry and Clete Davis.

Funeral services will be held at 2:00 p.m. on Sunday, July 11, in the Patton Avenue chapel of Groce Funeral Home, with Rev. Brandon Woody officiating. Burial will follow at Edgewood Baptist Church Cemetery.