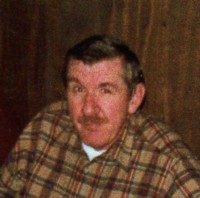 Clayton Alvin Wright, 62, of Fairview, passed on Monday, August 30, 2010. Clayton was a native of Buncombe Co. He was a Vietnam War veteran as a corpsman, and he was a retired nurse from Flesher’s Fairview Health Care Center. He had a gift for helping people. Clayton’s love for people and his country will be missed. He was a son of the late Alvin and Marie Wright. He was also preceded in death by a sister. Clayton is survived by his wife of 33 years, Trena Wright; step-son, Kevin Goforth and wife Dawn, of Chester Springs, PA; step-daughter, Tonya Back, of Fairview; brother, Bill Wright and wife Karen, of Bristol, VA; and eight grandchildren, Jacob, Hannah, Elijah, Samuel, and Gabriel Goforth, all of Chester Springs, Kelly and husband Jon Marlowe, of Fairview, and Amanda and Timothy Back, also of Fairview. He is also survived by nephews and many other family and friends who will miss him very much. A funeral service will be held at 6:00 p.m. on Wednesday at the Groce Funeral Home chapel on Tunnel Rd. with the Rev. Tony Parham officiating. His family will receive friends following the service at the funeral home. A graveside service will be at 11:00 a.m. on Thursday at Pleasant Grove Baptist Church Cemetery with military honors performed by the Buncombe Co. Veterans Council.