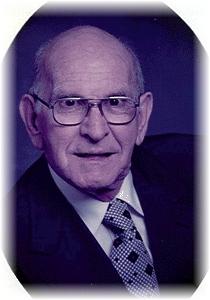 Arden - Clyde “C.C.” Boone, 87, of 266 Avery’s Creek Road, died Monday, December 20, 1999 at his residence. A native of Madison County, he was a son of the late Joseph Mont and Estella McMahan Boone. He was preceded in death by his first wife, Celia Peters Boone in 1945; a son and a daughter, Michael Boone in 1994 and Aldecka Boone in 1936 and three sisters, Wilma Peterson, Gladys Ball and Mabel Coto. Mr. Boone was a member of the Long Shoals Baptist Church, where he was a former deacon and retired from American Enka in 1973 with 31 years service as a nylon maintenance mechanic. He is survived by his wife, Geneva Graham Boone; daughter, Sylvia Revis of Asheville; sons, Anthony Boone and his wife Joyce of Ft. Mill, SC and Douglas Boone and his wife Brenda of Fletcher; sister, Ava Reese of Johnson City, TN; two brothers, Edwin Boone of Winston-Salem, Homer Boone of Waynesville; five grandchildren, Jacqueline Hannan, Mont Boone, Coleen Boone, Lisa Boone and Ivy Boone and a great-grandson, Stuart Craig. A memorial service will be held at 11 am Wednesday in the Chapel of Groce Funeral Home at Lake Julian conducted by the Revs. Roger Rearden, Cecil Fox and John Knight. Private burial will be in Green Hills Cemetery in Waynesville.

The family will receive friends following the service at the funeral home on Long Shoals Road. Memorials may be made to one’s favorite charity in honor of Mr. Boone.