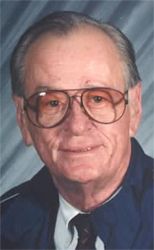 Col. Hatzenbuehler was a member of the astronaut training programs for the Mercury and Apollo space missions, and worked as a test pilot specializing in zero gravity forces. He also flew F-86 fighter jets and served in the Korean and Vietnam wars. He was honored for his intelligence work in both wars... earning commendations from the Air Force, the White House, and the C.I.A.

Along with his daughters, Hatzenbuehler is survived by his mother, Lucia Hatzenbuehler of Dallas, his three grandchildren Emily, Camille, and Kyle Craven, and his son-in-law Chris Craven.

A visitation will be held at Groce Funeral Home, Patton Avenue on Saturday from 1 p.m. until 3 p.m.