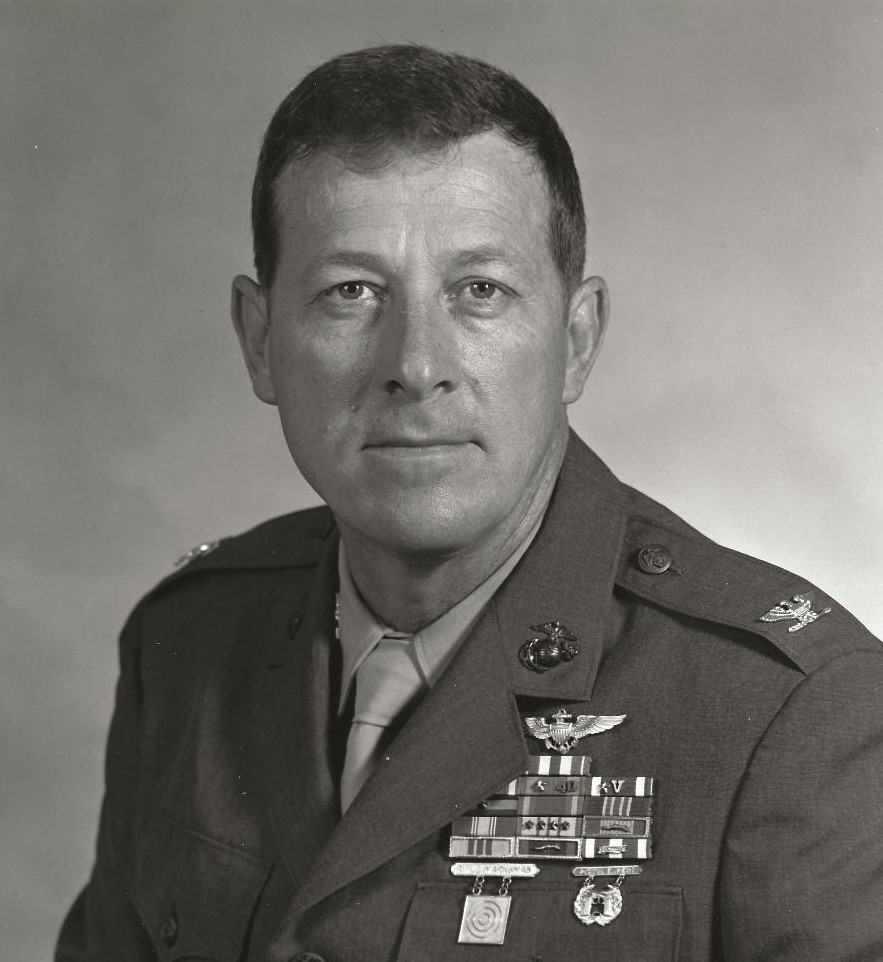 Mick graduated from Berry College, GA and was commissioned in the United States Marine Corps in 1957. He was a Naval Aviator with a distinguished career of 30 years’ honorable service. His assignments included several AH-1 and UH-1 squadrons, two combat tours in Vietnam, Naval Flight Instructor, Presidential Helicopter pilot at HMX-1, Commanding Officer of HMA-369, Director of NROTC Unit at The Citadel, and tours at the Marine Aviation Training Support Group in Pensacola, FL. He has a graduate degree from the Air Command and Staff College. His personal awards are the Silver Star, Distinguished Flying Cross, Air Medal 40th Award, Navy Commendation Medal with Gold Star and Combat V, Vietnam Service Medal, Republic of Vietnam Campaign Medal, Vietnam Gallantry Cross with Palm, and other Commendations.

In the years following his military retirement, he and Jonnie had several successful business endeavors. The most notable of which was owning the Happy Valley RV Park in Maggie Valley, NC for 14 years.

Mick was charismatic, loved a great conversation, a good laugh, and to be near the mountains. During their many adventures throughout the world, he and Jonnie made many lifelong friends. He will be greatly missed.

Mick’s family asks that in lieu of flowers, please consider making a donation in his memory to his favorite charity St. Jude Children’s Research Hospital.