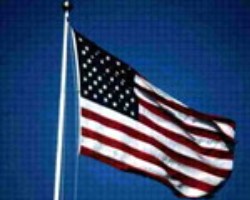 He was born in Walnut, NC (Madison County) on April 18, 1924, to Worley and Emma (Stanton) Gentry and was the youngest of six children. Mr. Gentry had been a lifelong resident of Asheville and was a member of Calvary Baptist Church before moving to Keystone Heights in 2005. He attended First Baptist Church in Keystone Heights and retired from Sayles Biltmore Bleacheries as a Millwright in 1985. Mr. Gentry played league baseball and was selected to go to California and start with the “A” Farm Team of the Brooklyn Dodgers. However, due to the U.S. entering WWII, he enlisted in the United States Navy. On D-Day, June 6, 1944, Mr. Gentry piloted an LST (Landing Ship Tank) to take troops from ship to shore to invade Normandy at Omaha Beach. He was assigned to the 7th wave of the invasion.

Mr. Gentry’s family will receive friends on Monday, December 2, 2019, at 10:00 a.m. at First Baptist Church in Keystone Heights. The Celebration of Life service will immediately follow at 11:00 a.m. with Pastor Daniel Findley officiating. Interment with military honors will be held at Pisgah View Memorial Park, Candler, on Saturday, December 7, 2019, at 1:00 p.m.