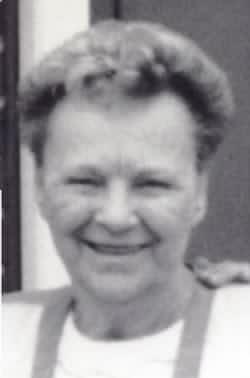 Cora Frank “Frankie” Israel, 77, of 8 East Starnes Cove Road, Asheville, died Wednesday, November 28, 2001. Mrs. Israel was born June 6, 1924, in Buncombe County and was one of ten children of the late Dave and Sally Nicholson Moss. She was the beloved wife of the late William H. “Bill” Israel, owner of Blue Ridge Tractor Co. She is survived by her son Michael Israel of Asheville and her daughter and son-in-law, Sandra and David McCollum of Dallas, GA. She was the beloved “Gran-mommy” of four granddaughters, Julie Drake and her husband Jack of Candler, Denise Froehle and her husband Steve of Columbia, SC, Cynthia Appleby and her husband Chris of Atlanta, GA, and Kimothy Abernathy and her husband Stan of Atlanta, and one grandson, Jon Israel and his wife Loree of Candler, as well as five great-grandchildren. She is also survived by four sisters, Emma Lou Moss of High Point, Jane and Sam Ardrey of Pineville, and Ruth Huber and Connie Murray of Charlotte; and one brother, James “Jim” Moss of Phoenix, AZ. Funeral services will be at 2:00 pm Saturday in the Patton Avenue chapel of Groce Funeral Home with the Rev. Cecil Myrick officiating. Burial will be at Pisgah View Memorial Park. Pallbearers will be Dale Robertson, Jon Israel, Jack Drake, Stan Abernathy, Steve Froehle, Jerry Singleton, and Larry Israel. Her family will receive friends from 6 - 8 pm Friday at the funeral home.