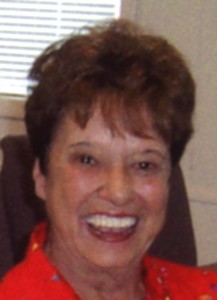 Daisey Ruth Ballew, 72, of 328 Starnes Cove Road, Candler, died Monday, October 1, 2007, at the John F. Keever Hospice Solace Center. Mrs. Ballew was born in Haywood County and was a daughter of the late Jarvis and Kathern Conard Hunter. She was a 1953 graduate of Sand Hill High School and was a former employee of Gerber and Northrup Carolinas and retired from NCI. She was a member of Midway Baptist Church. Surviving are her husband of 54 years, Arthur William Ballew; two daughters, Elizabeth Anne Brocklesby of Candler and Martha Fredrice Jones of Marshall; one son, William Michael Ballew of Candler; one grandson, Michael William Ballew; three sisters, Leona Burrell and Viola West of Asheville and Voneta Stillwell of Candler, and one brother Douglas Hunter of Candler. Funeral services will be at 11:00 a.m. Thursday in the Patton Avenue chapel of Groce Funeral Home with the Revs. Charlie Sams and Donald Wooten officiating. Interment will follow at Ashelawn Gardens of Memory. The family will receive friends at the funeral home one hour prior to the service and request that in lieu of flowers, memorials be made to John F. Keever Hospice Solace Center, PO Box 25338, Asheville, NC 28813.