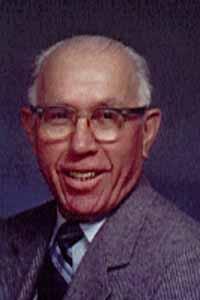 Mr. Mattox was born in Wilson County, NC, and was the son of the late Charles and Pearl Mattox. He was an Army veteran of WW II and was retired from the VA Medical Center. He was also a former host at the Biltmore Estate.

He had been a member of St. Joan of Arc Catholic Church for 31 years where he was an usher and member of the Mens Club.

He is survived by his wife, Carolyn Brandl Mattox; two daughters, Lynn B. Mattox and Jill A. Mattox, both of Raleigh; a grandson, William B. Wilson of Raleigh, and several nieces and nephews.

A Funeral Mass of Christian Burial will be celebrated at 10:00 am Thursday at St. Joan of Arc Catholic Church with the Rev. Fr. John M. Pagel officiating. Burial will be at Riverside Cemetery.

A prayer service will be held at 6:00 pm Wednesday at Groce Funeral Home on Patton Avenue, after which the family will receive friends.