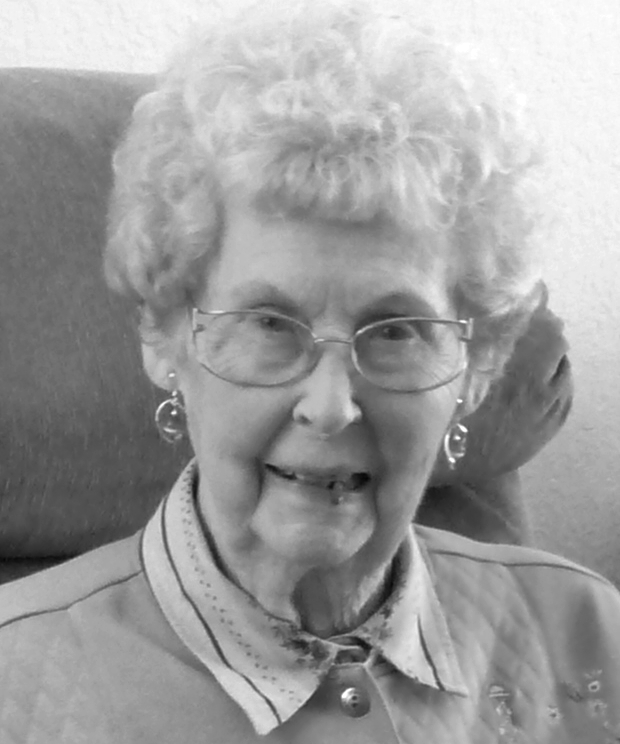 Davene was born in Fowler, KS, on May 2, 1922, and grew up in Leoti, KS. She was the only child of David J. and Mildred McCauley Stipe. The family moved from Leoti to Pratt, KS, in 1936 where she graduated from Pratt High School in 1940. She worked for Western Union in Pratt as a teletypist during World War II, and during that time she met her future husband, Douglas H. McLelland, who was stationed at the Pratt Army Air Base. They married on November 23, 1943.

She was a member, and Sunday school teacher, at First Presbyterian Church of Pratt. She became a Den Mother to her son’s Boy Scout Troop and was a member of Beta Sigma Phi Sorority. Davene and Doug were longtime members of the Pratt Elks Lodge. After working for 25 years as a bookkeeper for the Scott and Hodges Insurance Agency, Davene retired in 1982. She and Doug moved to Crystal Beach, TX, in 1983, returning to Pratt in 1989. She moved to Asheville, in 2015 to be close to her daughter, grandchildren and great-grandchildren.

She was cremated and her remains will be taken to Pratt in September to be buried beside her husband Douglas at Greenlawn Cemetery. A family memorial service in her honor is scheduled for early October in Asheville.