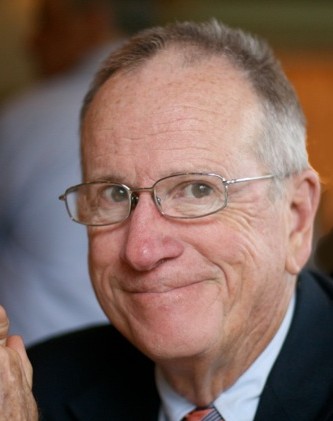 David Allen Sandridge, MD, died on Sunday, February 10, 2013, at the age of 73 in Greenville, SC with his wife and his children by his side. Dr. Sandridge was born March 6, 1939 in Roanoke, VA, the only child of the late Helyn Stanley Sandridge and George David Sandridge. He was raised in Roanoke and graduated from Jefferson High School in 1957. He received his BS in Chemistry from the University of Richmond in 1961 and his MD from the Medical College of Virginia in 1965. After an internship in Springfield, OH, he completed his Obstetrics and Gynecology residency at Carolinas Medical Center in Charlotte, NC in 1969. He was a Major in the US Army and served in Heidelberg, Germany from 1969-1972. He completed a fellowship in Reproductive Endocrinology and Infertility at Duke University and joined WNC OB-GYN in 1973. In 1984, he left that practice to establish what would become Grace OB-GYN, a pro-life practice. He retired in 2005 and moved to the Falls North Cliffs community in Salem, SC. He was a member of Crossgate Church (PCA) in Seneca, SC. He was board certified in 1971, a Fellow in the American College of Obstetrics and Gynecology and a member of the Society of Gynecologic Surgeons. He was an adjunct professor at the UNC School of Medicine and was at the forefront of his field, especially in the areas of laparoscopic surgery and gynecologic ultrasound. He was a talented woodworker and an avid golfer. He was a member of the Biltmore Forest Country Club, the Rhododendron Royal Brigade of Guards, and the Greenville Woodworkers Guild. He served on the Board of Directors of Hope Women's Center in Easley, SC. He is survived by his wife, Molly Sandridge and three children, Dr. Beth Sandridge Haswell (Jim) of Greenville, SC; Lynne Sandridge Gilbert (Carson) of Raleigh, NC; and David Sandridge, Jr, (Celeste) of Asheville; grandchildren Lauren, Allison, and Kathryn Haswell; Rachel and Mary Margaret Gilbert; and Frank and Sally Sandridge. A memorial service will be held at Arden Presbyterian Church on Thursday at 2:00 pm. Visitation will be at the church from 1:00-2:00. The family will receive friends at home following the service. In lieu of flowers, the family requests memorial gifts be made to any of the following: ABCCM, the Salvation Army, or Crossgate Church. Groce Funeral Home at Lake Julian is assisting the family.