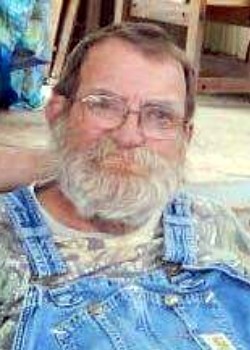 David Earl Rathbone, 72, of Candler, went peacefully to be with the Lord Tuesday, November 1, 2016. A native of Buncombe Co., he was a son of the late Rev. Alton and Lucille Rathbone. He was also preceded in death by his brothers, Gerald and Jack Rathbone. Mr. Rathbone was a veteran of the U.S. Army, and worked as a deputy with the Buncombe County Sheriff's Department. Surviving are his wife of 50 years, Joyce Ann Rice Rathbone; sons, Ben (Wendy), Michael (Michele), and Alan Rathbone; 13 grandchildren; 7 great-grandchildren and one on the way; sisters, Geraldine (James) Gosnell and Linda (Ralph) Cabe, both of Candler, and Judy (Johnnie) Roberts of Leicester; and several nieces and nephews. Funeral services for Mr. Rathbone will be held at 12:00 p.m. on Friday at Mt. Pisgah Baptist Church, with the Revs. Bobby Winebarger and Jeff Massey officiating. Interment will follow at Rathbone Hill Cemetery. The family will receive friends one hour prior to the service at the church. In lieu of flowers, memorials may be made to Mt. Pisgah Baptist Church, 43 Mt. Pisgah Church Rd., Candler, NC 28715. Groce Funeral Home on Patton Ave. is assisting the family.