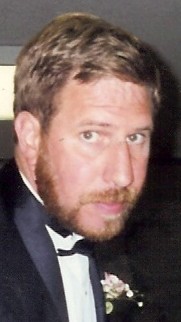 Fletcher, NC ~ David Harvey Witthoft, 47, of Summerville, SC passed away on Sunday, April 4, 2010 in Park Ridge Hospital in Fletcher. He was born in Manchester, Connecticut on September 12, 1962 and was the son of Helen Wilson Witthoft of Asheville and the late Olin Witthoft. David was a loving son and father and dearly loved his two dogs, Chunks and Wolf. In addition to his mother, he is survived by his daughter, Brandi Witthoft of Fletcher; a brother, Michael Witthoft and wife Sheri; a niece Anna Witthoft and two nephews Andrew and Olin Witthoft all of Hong Kong, China. A memorial service will be held 2:00 P.M. on Saturday, April 17, 2010 at Skyland United Methodist Church with the Rev. Keith Turman officiating. The family will receive friends from 1:00 - 2:00 P.M. prior to the service at the church. Memorials may be made to Brother Wolf Animal Rescue, 31 Glendale Ave., Asheville, NC 28803.