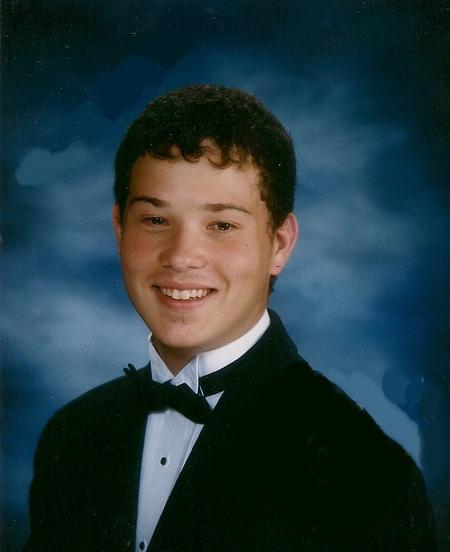 David Lee Gosnell, 24, of Heywood Road, Arden, died Saturday, March 13, 2010. A native of Buncombe County, he was the son of Charles David and Barbara W. Gosnell of Hendersonville. He graduated from East Henderson High School in 2004, attended Caleb Baptist Church and was an employee of the Asheville Ballroom and Dance Center. He was preceded in death by his maternal grandfather, Carter Lee Worley and his paternal grandfather, the Reverend David Gosnell. In addition to his parents he is survived by two sisters, Tisha and Kari Gosnell; three brothers, James "Andy" Gosnell, Christopher Gosnell and Ryan Gosnell; his maternal grandmother, Avalein Warren and her husband Edward Warren, his maternal great grandmother, Allie Hudgins, his paternal grandmother, Dorothy Gosnell and his nephew, Mikah Gosnell. A funeral service will be held at 11:00 am Thursday in the chapel of Groce Funeral Home at Lake Julian conducted by the Revs. Bobby Fox and Jeff McCurry. Interment will follow in Green Hills Cemetery. The family will receive friends from 7 until 8:30 pm Wednesday at the funeral home. In lieu of flowers, donations may be made to the family to help with financial arrangements.