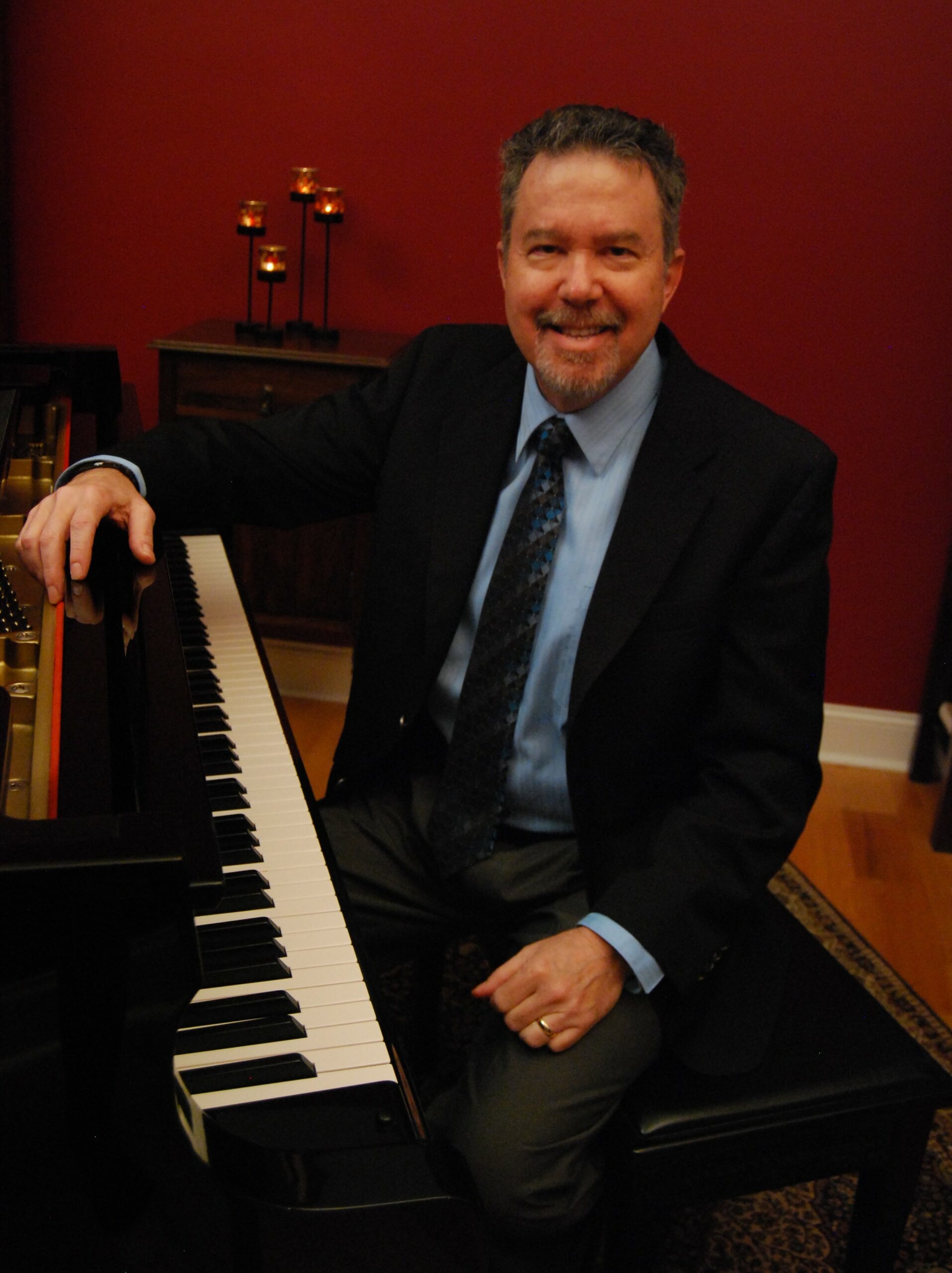 On Dec. 20, 2021, David Steele Gaines stepped into the presence of God, passing away one day shy of his 61st birthday. Born in Nashville, TN, son of his adoptive parents the late Alton and Rebecca Gaines, his passion for music ministry began as a youth while playing piano for his church. While earning his Bachelors of Arts in Music Education at Samford University (Birmingham, AL), he met his dear wife Sandra “Sandy” Thompson of Montgomery, AL. They were married on June 9, 1984, celebrating 37 years of marriage this past year. They raised two daughters, Amanda and Ashley, in a warm and loving home.

Throughout his life, David blessed countless people through his God-given gift of music as a pianist, orchestra and choral director, composer/arranger, and ordained minister. His ministry allowed him the opportunity to be a part of several churches in Alabama, Florida, South Carolina, and North Carolina. Some of his most treasured moments in ministry were national and international mission trips on which he directed youth choirs and performed in bands and orchestras.

As a professional musician, he played piano, keyboard, and trombone at venues such as the Billy Graham Training Center in Asheville, NC and Flat Rock Playhouse in Flat Rock, NC. For over a decade, he worked as the choral accompanist and musical orchestra director at T.C. Roberson High School in Arden, NC. Additionally, David was a studio musician and published composer, having produced his own albums of beautiful instrumental arrangements and choral pieces.

In early 2007, David began a challenging health journey when he was diagnosed with Idiopathic Pulmonary Fibrosis. In July of 2008, he underwent a bi-lateral lung transplant at Vanderbilt University Hospital. This procedure saved his life and set him on a long path to recovery and renewed purpose. In 2017, David’s health was significantly set back due to complications from his transplant. He was hospitalized for four months, two of which were in the Intensive Care Unit at Duke University Hospital. Throughout these trials, David’s faith in the Lord grew deeper roots, his humor and wit never faded, and his love for those around him was evident in his unwavering support and encouragement. Both David and his family were deeply grateful for the thirteen years his transplant afforded him to be present for significant milestones and to continue in ministry. Knowing he is breathing easy and filling the heavens with beautiful music gives his family a glimpse of solace amidst the sorrow of their loss.

David is survived by his devoted wife, Sandy, and their two loving daughters; Amanda (husband Wilson Snead) of Canton, GA and Ashley, of Fletcher, NC.

A celebration of life for David will be held at 3 p.m. on Sunday, Jan. 9, at First Baptist Church of Hendersonville, located at 312 5th Avenue W, Hendersonville, NC. The family will receive visitors between 1 p.m. and 3 p.m. Burial will be private.

In order to provide a safe environment for everyone in attendance, the family is requiring guests to wear masks and practice social distancing throughout visitation and the service. For those unable to attend in person, a livestream will be available via Facebook. David and his family are forever grateful to his anonymous lung donor. Therefore in lieu of flowers, the family encourages donations to the non-profit organization, Donate Life America https://www.donatelife.net/give-to-dla/.