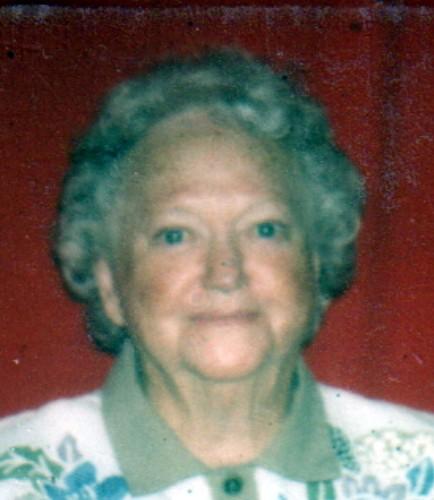 DELL ENGLISH CRAWFORD LEICESTER – Dell English Crawford, 91, of Douglas Dr., Leicester, went to be with the Lord on Saturday, November 27, 2010. A native of Madison Co., she was a daughter of the late Fate and Lula Shook English. She was also preceded in death by a daughter, Wanda "LA" Crawford; grandson Randy Parris; brothers Glenn, Vance, Ernest, and Vaughn; and sisters Bonnie, Callie, Lois, Maude, and Robbie. While her health permitted, she was an active member of the Community Chapel, and she was retired from Appalachian Hall. She is survived by a daughter, Irene Parris, of Leicester; grandsons Scott Parris and Tim Parris; great-granddaughter Stephanie Parris; and several nieces and nephews. Funeral services will be at 2:00 p.m. Wednesday in the Patton Avenue chapel of Groce Funeral Home, with the Revs. Brian Shetley and David Scroggs officiating. Interment will follow at New Liberty Baptist Church Cemetery. Her family will receive friends from 7:00 to 8:30 p.m. Tuesday at the funeral home.