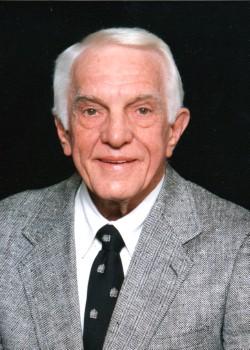 Donavon Roule Cloninger, Sr., 81 - Born March 29, 1930 Passed away Wednesday, October 26th, 2011, peacefully at St. Joseph's Hospital. He was the son of the late Craig and Pauline Lanning Cloninger and was preceded in death by his wife of 47 years, Alice Long Cloninger. Surviving are his wife, Jane; sons, Don, Jr. (Karen) of Cary, Jack (LaNita) of Weaverville, Mike (Jane) of Asheville, and daughter, Julie Cloninger of Asheville; step-son Matt Lawson (Heather) of Asheville; grandchildren: Justin, Taylor, Hannah, Kristin, Cassidy, Seth, Conor and Camille; step-grandchildren, Abreea, Brittanie and Dakota; sister, Ann Cloninger Anderson (Norman)and brother, C. Fred Werhan (Pat), both of Asheville; Keith Deweese and many other loved family members. Mr. Cloninger was raised in West Asheville and was a member of West Asheville Baptist Church. Don graduated from Lee H. Edwards High School in 1949, and went on to serve his country in the Navy during the Korean War. He was co-owner of Biltmore Iron and Metal Company until he retired in 1996, and was a partner in A Touch of Glass. He was a 32nd degree Mason, a member of the Country Club of Asheville and a Numismatic Coin Club member. Don was an avid collector and sports enthusiast. But most of all he loved his family. Family and friends will be received Friday, October 28th from 6:00-8:00 pm at Groce Funeral Home on Patton Avenue. The funeral service will be Saturday, October 29th at 2:00 pm in the funeral home chapel with the Rev. Dr. C. Fred Werhan officiating. Burial to follow at Forest Lawn Memorial Park in Candler. Pallbearers will be Justin, Seth, Conor, and Jeff Cloninger, Scott Mills, and Gary Newlin. Honorary pallbearers will be Mike Brown, Lee McClintick, Coy Mehaffey, John Fisher, Sr., and Doyle Beam. The family expresses their sincere appreciation to the staff of The Laurels of GreenTree Ridge, and to the staff at St. Joseph's Hospital. Flowers are appreciated, but donations may be made to The Laurels of GreenTree Ridge, 70 Sweeten Creek Rd., Asheville, NC 28803.