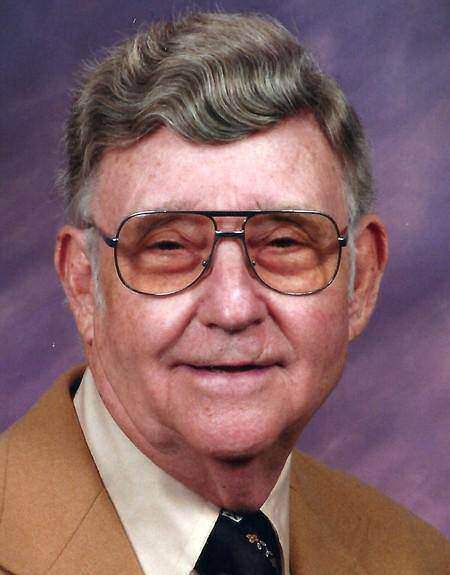 Don Ernst, affectionately known as "Lefty" by his YMCA friends, died unexpectedly on Monday, July 12, 2010. He was preceded in death by his parents, Joseph and Viola Ernst and brother Verne J. Ernst.They were natives of Pontiac, MI. Following high school, Mr. Ernst played baseball and was recommended by the Brooklyn Dodgers Farm System for his outstanding ability. He was a member of the Association of Professional Ball Players of America. He met Jean when he was playing for the Asheville Tourists in 1946 and they were married in 1949. His business ventures included managing parking lots in Pontiac and Asheville Parking. He owned and operated Quality Vending Company in Asheville until his retirement in 1986. A member of Calvary Baptist Church, he started a Nursing Home Music Ministry with some church members and they entertained for over 20 years. He loved to sing and volunteered every week in different locations. Don and Jean learned to square dance and enjoyed it immensly. They belonged to an Airstream Club and, in these two hobbies, they met some wonderful people. Left to cherish his memory are his wife, Jean Spivey Ernst; three sons, Larry M. Ernst (Charmaine) of Winter Springs, FL, Ron L. Ernst of Jacksonville, FL and Randy S. Ernst of Asheville; two grandchildren, Chimene Kalinowski (Mike) of Oviedo, FL and Adrian Ernst of Asheville; two great-granddaughters, Breanna and Alexis Kalinowski of Oviedo; three nephews, Jon David Spivey of Asheville, Dick Ernst and David Ernst (Janet) of MI and a niece, Emily Ernst. Funeral services will be 2:00 pm Friday at Calvary Baptist Church with the Revs. Dr. Tom Sawyer and Donald Welborn officiating. Interment will follow at Green Hills Cemetery with Carl Frady, Joe Spivey, Colin Austin, Lynn Moore, Irwin Weil and Don Swaim serving as pallbearers. Honorary pallbearers are Regi Blackburn, Churck Cline, Larry Walker and Jim Truett. His family will receive friends from 1:00-2:00 prior to the service at the church.