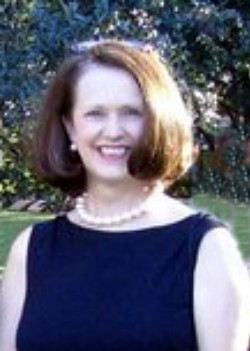 Dorothy Douglass ‘Deedee’ Hildebrand passed away peacefully on June 29th after an extended illness. Although a native of Asheville, Deedee called Houston, Texas home. She returned to Asheville in 2017 help care for her mother.

Deedee graduated from Lee Edwards/Asheville High School, Clemson University, where she was a member of Chi Omega Sorority, Mercer University and the University of Houston. She began her career at Cooper Industries in Houston, TX, and after earning her MBA, worked in commercial real estate throughout the United States and Europe until her retirement. She was an active volunteer in the community and devoted much of her time to the Junior League of Houston and the Houston chapter of the SPCA. Deedee was selected as Queen of the Rhododendron Royal Brigade of Guards in 1971. She was a lifelong Episcopalian, and a member of Trinity Episcopal Church.

Her family would like to express its gratitude for the wonderful friends Deedee had in Asheville and Houston, her Chi Omega sisters, and the staff members at both Brookdale Asheville Walden Ridge and Four Seasons Hospice. Without them, Deedee’s journey would have been more difficult, and it was a comfort to her family knowing she had so much love and support.

Services will be held at Trinity Episcopal Church in Asheville on August 20 at 11:00 AM. A reception will follow the service.

Donations may be made in Deedee’s memory to Trinity Episcopal Church (https://www.trinityasheville.org/), the Houston chapter of the ASPCA (https://houstonspca.org/), Clemson University (http://www.clemson.edu), or Four Seasons Hospice (https://fourseasons.teleioscn.org/).