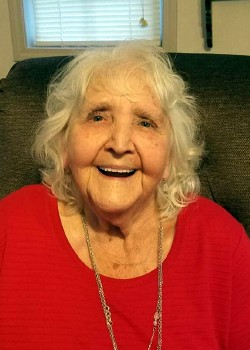 The family would like to extend special thanks to all Dot’s caregivers, including Thurline Cobb and Tracy Dadak, and to Pastor Karen Kurtz and all the many friends of Montmorenci United Methodist.

Graveside services will be held at 2:00 p.m. on Thursday at Bethel United Methodist Church Cemetery.

The family will receive friends one hour before the service, beginning at 12:30 p.m. at Groce Funeral Home, Patton Avenue.