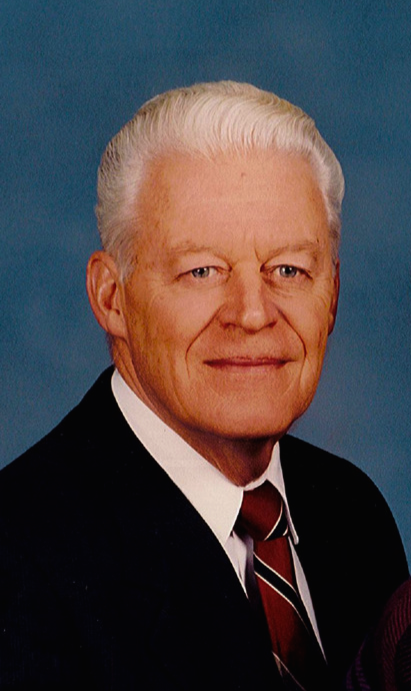 Douglas Forman Birch, 92, passed peacefully into the arms of the Lord on Monday, October 31, 2022.

Doug was born February 25, 1930, the youngest of seven children, to George S. and Ethel Ellis Birch in his mother’s hometown of Vineland, NJ. In 1934, they moved to Birchwood, the family homestead in Macon, GA, where Doug grew up and graduated from Lanier High School in 1948.

While in high school, he met the love of his life, Mary Antoinette “Toni” Doster, and they married in 1952, five days after his graduation from Mercer University with degrees in chemistry and mathematics. Following his service in the Korean War, he earned a BS in chemical engineering at Georgia Tech. In 1956, they moved to Charleston, WV where he took a position with DuPont, having been recruited by the multinational chemical company while still a student.

As his career grew, so did their family, eventually welcoming and educating four children who became accomplished adults with families of their own. Doug’s tenure with DuPont spanned 37 years, taking them to Orange, TX, Hendersonville, NC, and Wilmington, DE. A natural leader with an eye for detail, by his retirement Doug was a vice president in charge of one of the largest technology sales in DuPont’s history. The project, which included 26 trips to India, involved the oversight and implementation of an x-ray coating and finishing plant in Ooty, India.

Once he said goodbye to the working world, he and Toni returned to their beloved Blue Ridge Mountains, settling in Asheville in 1992.

There, Doug and Toni worshipped at Trinity Presbyterian Church where he faithfully served for 30 years. In honor of his brother John, who was a missionary in China, Doug purchased and donated a home in Asheville to house missionaries who were home on furlough.

Tennis was his sport of choice, and he was known as the guy who would sweep the snow or sop up water from the courts, to keep the game going! His favorite hobby was learning new things, whether by reading, traveling, or by doing. His and Toni’s days were filled with adventures, rich and rewarding friendships, travel, and the joys of grandparenthood.

Throughout his life and career, Doug epitomized quiet strength and persistence in the pursuit of fairness, honesty, integrity, strength of character, and deep, abiding faith. In all the places they lived, he was an industrious maintenance man at home, a generous servant when called on for board positions, church councils, neighborhood associations, teaching, and many other behind the scenes contributions—always helping his community to thrive.

Favorite words used by friends and family to describe Doug include brilliant, witty, generous, kind, loyal, wise, and principled. He was much loved and highly respected. His legacy will live on in lasting memories among all who knew and loved him and in his beautiful family.

He was preceded in death by his mother, father, and six older siblings.

His life will be celebrated with a service at Trinity Presbyterian Church in Asheville at 10:30 a.m. this Saturday, November 12. A reception will follow.

In lieu of flowers, the family would appreciate donations to Mountain Area Pregnancy Services. This can be done online at mtnpregnancy.com/donate or via mail at P.O. Box 6116, Asheville, NC, 28816.