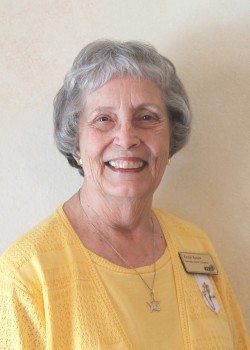 Dr. Anne C. Keast, 81, passed away peacefully in her sleep August 13, 2021, following a brief but valiant struggle with cancer. Anne was recuperating from surgery and being cared for at the Life Care Center of Reno when she succumbed to her illness, comforted by the many prayers, visits and well wishes from relatives, friends, and neighbors who showed such loving support throughout her diagnosis and treatment.

Anne was born in Asheville, North Carolina. She received her B.S. in Home Economics from Berea College, M.S. from the University of Kentucky, and Ph.D. from Ohio State University. At OSU, she was assigned to the U.S. Department of Transportation Highway Safety Project which, in effect, enabled her to obtain her doctorate. Wondering how this assignment fit in logically with her home economics degree, Anne was actually highly successful in the role and her motto became “Never say no to an opportunity because you never know where it will take you.”

Later working at the University of Arizona, she met and married husband, Bob Keast, and moved to Corvallis, Oregon. She taught at Oregon State University, served as State President of the Oregon Vocational Association; was a school administrator in Bend, Oregon, and eventually transitioned to Las Vegas where Anne worked for nine years as a trainer at the Nevada Test Site. In 1990, the family moved to Carson City where Anne was employed at Western Nevada Community College and the Department of Education. They came to call Carson City “home.”

Anne enjoyed volunteer work which included serving on the National Accrediting Commission for Career Schools and Colleges of Technical Education. Beginning in 2007, she chaired the 9-1-1 Advisory Committee which earned her the Volunteer of the Year Award.

Anne found a special and lifelong passion when she became a member of P.E.O. (Philanthropic Educational Organization) in Carson City in 2001. She served tirelessly in positions culminating in Presidency of the Nevada chapter. Along with husband, Bob, who shared her enthusiasm, in their passing, together they have established a P.E.O. Foundation Scholarship in support of ongoing scholarships for deserving young women seeking higher education.

Anne and Bob’s interests have always included travel, camping, river and ocean cruises and cultural events. They especially enjoyed vacations spent volunteering as caretakers at lighthouses along the Pacific coast.

Anne and Bob will be buried together in a beautiful hillside family setting at Grace United Methodist Church, 876 Newfound Road, Leicester, North Carolina on Tuesday, August 31, 2021 at 2:00pm Eastern time, the occasion of their 46th wedding anniversary. Forever a meticulous planner, Anne has requested and prepared a casual graveside service for those in attendance to enjoy.

Anne was an active member of the First United Methodist Church in Carson City, where there will be a Celebration of Life service planned with date and time to be determined.