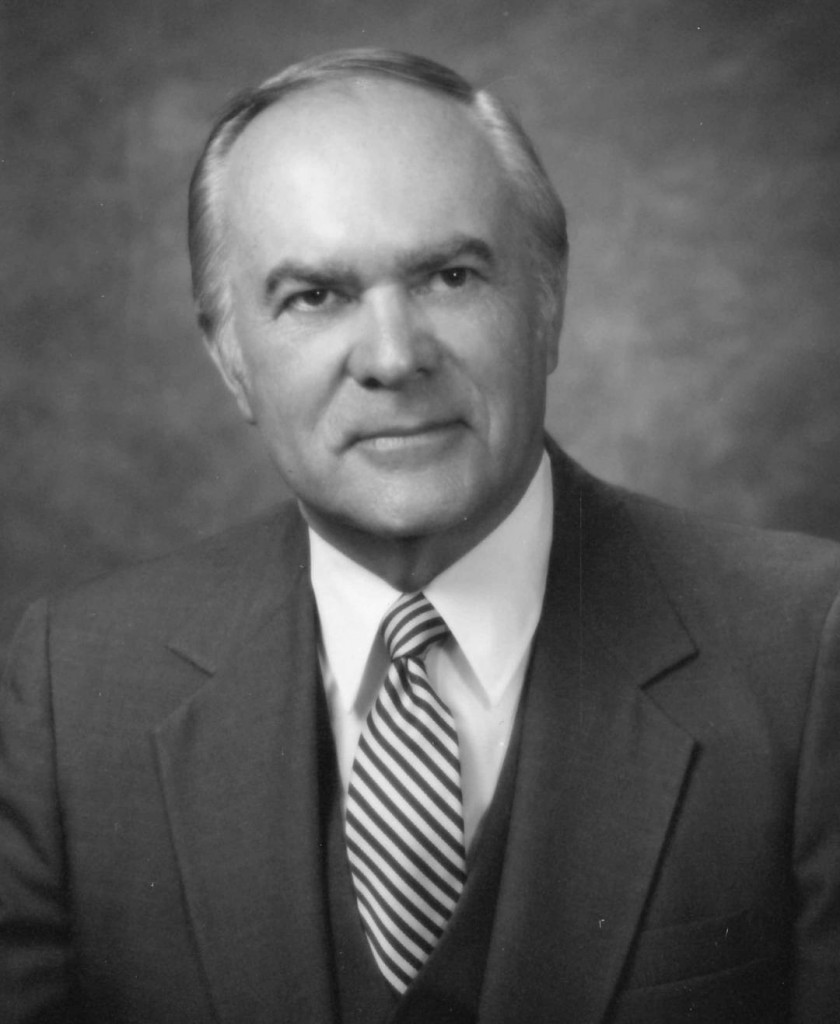 Dr. Arvin William Hahn died peacefully with family and friends at his home in Asheville, North Carolina on November 1, 2017. He was born on his parents’ dairy farm in South Milwaukee, Wisconsin on May 11, 1923, the second of three sons of Harry and Helen Hahn (Ewert). Arvin was the beloved husband of Judith Hahn (Heyne), whose passing preceded his own by two months to the day following 71 years of joyful married life. He is survived by sons Timothy Hahn of Portland, Oregon, David Hahn of Saratoga Springs, New York, and daughter Linda (Hahn) Kendall Fields of Asheville, North Carolina. In addition, he was blessed with eight adoring grandchildren and five great-grandchildren. Arvin will be remembered as an insightful, fun-loving family man who was fond of cars, colleges, geography and football. His final days were filled with grace and warm memories. During his active life as a dedicated, resourceful and energetic educator, Arvin rose steadily through the ranks to become an enlightened leader in Lutheran higher education. At the tender age of fourteen, he was sent to boarding school at Concordia Teachers College (now Concordia University Chicago) in River Forest, Illinois. He remained there as a student through both his high school and college years, serving as student congress president in his senior year, when he met Judie - the love of his life. After graduation in 1945, Arvin was called to serve as a second-grade teacher, choirmaster and organist at St. John Lutheran School in Forest Park, Illinois, where he continued to teach while he attained his master’s degree at the University of Chicago (1947) and doctorate at Northwestern University (1952) in geography. Advanced degrees in hand, Arvin immediately returned to his alma mater, Concordia Teachers College, to teach geography and gain expertise in administration, particularly in the area of development, which served him well when he accepted the challenge of leading Bethany College of Lindsborg, Kansas in 1967 as its new president. During his 16-year tenure as president, he initiated and oversaw innovative fundraising campaigns and academic programs that took the college from the brink of insolvency to a robust reputation as a small Lutheran college with a revitalized campus and curriculum. After his retirement from Bethany College in 1983, Arvin and Judie moved to a 240-acre farm on the outskirts of Lindsborg, where they adopted the dual life of wheat farmers and world travelers. Arvin also served as a consultant to other schools within the Lutheran Church of America education system. In 1989, they sold the farm and, in order to live near their daughter and other family, moved from Kansas to Zionsville, Indiana (1989), then Augusta, Georgia (1997) and, finally, Asheville, North Carolina (2005). Arvin Hahn’s memorial service is to be held on Saturday, December 9, 2017 at 2:00pm at the Lutheran Church of the Nativity, 2425 Hendersonville Road, Arden, North Carolina 28704. Light refreshments will follow the service and interment of ashes. Memorial donations in Arvin Hahn’s name may be made to the Bethany College Advancement Office, 335 E. Swensson, Lindsborg, KS 67456 or the Lutheran Church of the Nativity (see address above.) Groce Funeral Home at Lake Julian in Arden, NC is assisting the family.