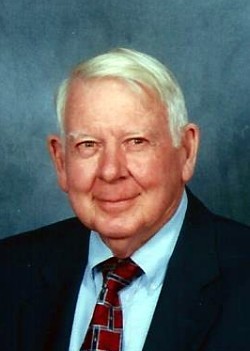 Dr. Lynn Crook, 79, from Asheville, N.C. died at Mission Hospital on Wednesday, July 17, 2013. He was born on May 31, 1934, son of Earl and Katie Belle Ackerman Crook of St. George, SC. He graduated as Salutatorian of the Class of 1952 from St. George High School, graduated Magna cum Laude from Furman University in 1955 with a major in chemistry and a minor in biology, graduated from The Johns Hopkins University in 1957 with an MA degree with a major in organic chemistry and a minor in physical chemistry, graduated from Emory University in 1966 with a PhD in biochemistry, graduated from the Medical University of South Carolina in 1974 with an MD, and completed a Post Doctoral Fellowship at Manned Spacecraft Center, Houston, TX, Summer of 1970. He completed a residency in Clinical Pathology and a fellowship in Hematopathology at the Medical University of South Carolina. He served as Captain in the Medical Service Corps of the US Army. He was an assistant professor at Clemson University, the Medical University of South Carolina, and Duke University. He retired as Chief, Pathology and Laboratory Medicine Service at the Charles George VAMC at Asheville. He served as Medical Director of the Clinical Laboratory Science program at Western Carolina University, and was Regional Commissioner for Laboratory Accreditation for Region III (VA labs in 4 states), as Consultant for VISN 6, and as Medical Review Officer for the Asheville VAMC. He was a Fellow and Member of the College of American Pathologist, the American Society for Clinical Pathology, the American Association of Clinical Chemists, the American Chemical Society, the Association of Clinical Scientists, and Sigma Xi. He was a member of Grace Covenant Presbyterian Church. He is survived by his beloved wife, Elsie Westberry Crook; 5 sons - Kevin D. Crook (Deborah) and Philip A. Crook (Georgia) both of Nashville, TN, Jimmy B. Crook (Edie) of Gastonia, NC; Douglas W. Crook (Laura) of Tampa, FL, and Jonathan L. Crook of Asheville; and 2 daughters - Kathryn A. Crook of Asheville and Martha C. Lail (Adam) of Wilmington, NC. He is survived by 16 grandchildren, 5 great-grandchildren, his twin sister Lynette C. Hartzog, of St. George, SC; and a host of nieces and nephews. He is predeceased by his first wife Mary Patrick Crook, infant son Michael A. Crook; sisters Frances Ideal Crook and Eleanor C. Thomas, and brothers Rev. Joseph E. Crook, Sr. and Rev. Everette D. Crook. Funeral services will be held on Saturday, July 20, at 2:00 p.m. at Grace Covenant Presbyterian Church, 789 Merrimon Avenue, Asheville, NC. Interment will follow at Ashelawn Gardens. Visitation will be Friday, July 19, from 6-8 p.m. at Groce Funeral Home, 1401 Patton Avenue, Asheville NC. Memorials may be made to the charity of your choice.