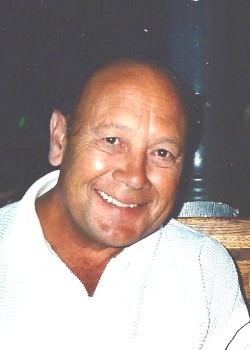 Earl "Chuck" Farmer, 79, of Candler, died September 25, 2014, at his home. He was born in Whittier, NC on September 21, 1935. He was a son of the late James Vernon and Sallie Rich Farmer. He is survived by his wife of fifty-two years, Judith Rogers Farmer; a daughter, Karma Farmer Crouch (Steve); a son, Charles Earl Farmer (Angela); and grandchildren, William Steven Crouch, Hayley Elizabeth Farmer, and Hannah Marie Farmer. He is also survived by a sister, Ruby Farmer Netherton (Edgar) and sisters-in-law Joyce Massie Farmer and Ruth Hughes Farmer. He was preceded in death by brothers Tommy, Jimmy, and Lee Farmer. He was a graduate of Candler High School and Western Carolina University where he excelled in athletics. He was a teacher, administrator, and coach in Cartersville, GA. After teaching at TC Roberson High School, he retired from Buncombe County Schools in 1995. Services will be held in the Patton Ave. chapel of Groce Funeral Home on Saturday, September 27, at 11:00 a.m., with the Rev. Steve Combs officiating. Private interment will be at Forest Lawn Memorial Park. The family will receive friends one hour prior to the service. In lieu of flowers, memorials may be made to the Buncombe County Schools Foundation, 175 Bingham Rd., Asheville, NC 28806, and/or to Eblen Charities, 50 Westgate Parkway, Asheville, NC 28806.